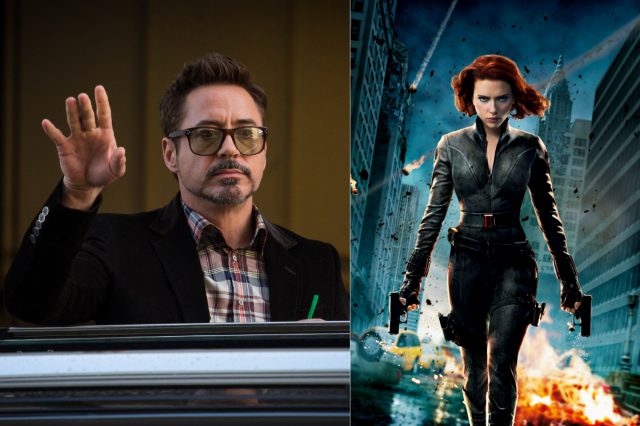 Another day, another no news of a Black Widow movie in the works. We are not the only ones constantly disgruntled by this; Iron Man himself wants the world to know that it’s about time ScarJo got some solo-film action. In related news, Robert Downey Jr. is still amazing.

Chatting with USA Today, RDJ spoke for all of us when he said, “Doesn’t Scarlett deserve a break?” He continued:

“Look, I think that the interesting thing particularly after Guardians with Zoe [Saldana], [or] even from the first Iron Man where Pepper was kind of this really – to me the Iron Man franchise would never have taken off without [Gwyneth] Paltrow. There’s something about her that grounded the story. She’s not your typical lady in a superhero movie, and then by Iron Man 3 she’s swallowing serums and putting on suits and kicking (butt) and all that stuff.”

But RDJ added that, even though all the women in the Marvel universe are pretty rad, a stand-alone film “would be kind of more appropriate for a character that already was like a Black Widow. It just seems like whatever Scarlett does people want to go see it.” You know, like the time Lucy beat Hercules at the box office.

I guess a Black Widow movie would probably take a while, though, given that Marvel would have to find someone to write the script, and… Oh, wait. What’s that? The woman who wrote Guardians of the Galaxy already has a Black Widow script ready to go?