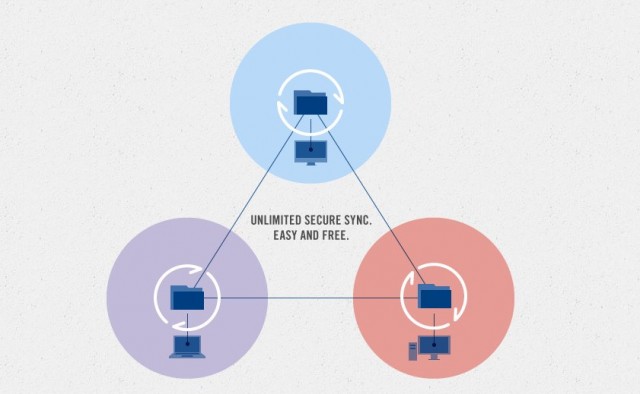 I’ve come to love Dropbox. I use a few different computers day to day, and it’s nice to have a way to sync files between them easily. Not everyone loves that Dropbox stores your files on their servers, but there hasn’t really been a non-cloud solution to file syncing until now. BitTorrent just launched their Sync app to the public, and it works similarly to services like Dropbox, but without using cloud storage.

Since BitTorrent Sync does not utilize third-party servers, it’s a much more secure option for anyone looking to sync files between computers. It works with BitTorrent’s technology to share and sync files between the host computer and other machines that have a unique and secure access key. The key can even be set to expire after a set amount of time.

The program was in a closed Alpha since earlier this year, and while it’s now open to the public, BitTorrent still stressed that this is an Alpha build. Users can still probably expect a few bugs. I, for one, am hitting errors trying to install a Linux version of the program. Another potential flaw I see in the Sync app is that the two computers I tend to use most are both laptops that aren’t always on. With no third-party storage, both systems would presumably have to be online at the same time, and that’s not always the case.

A major downside to services like Dropbox and Google Drive are the storage limits. With Sync, you’re only limited to your own disk space. There are obvious security benefits to BitTorrent’s offering as well, but that’s not to say having a convenient third-party place to keep your files doesn’t have its benefits as well.

I don’t think I’m ready to give up Dropbox entirely quite yet, but I’ll certainly be giving Sync a more thorough test drive. That is if I can ever get the Linux version installed.

(via TorrentFreak, image via BitTorrent Labs)