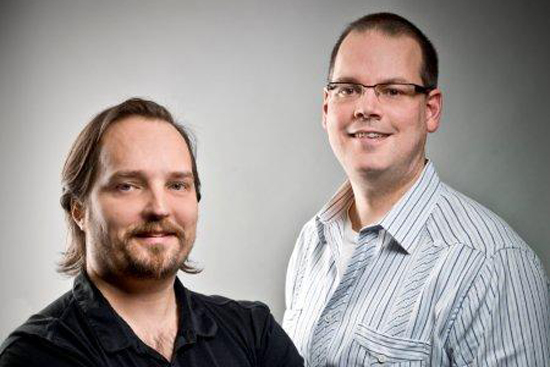 Greg Zeschuk and Ray Muzyka, co-founders of popular developer BioWare, have announced that they’re retiring. This might be why little tidbits have been confirmed recently, like the title for the next Dragon Age; the company doesn’t want the duo’s retirement to come at a time when all is quiet otherwise. Keep in mind, Electronic Arts still owns the company, so it’s not like this changes things. BioWare will continue be just as terrible or glorious as they have been of late. Zeschuk and Muzyka are putting all that behind them.

What’s interesting is the theoretical trajectory of their lives now that BioWare and videos games won’t be consuming their entire livelihood. The two have differing thoughts on where to go next. That said, neither are what might be expected.

For his part, Muzyka is looking at investing:

I feel the need now to move on to a new chapter in my career. With the growth of BioWare to multiple locations as part of a public company, following two decades of multiple successful product launches across many platforms and business models, I’ve largely personally achieved what I wanted in videogames; I now desire to take on a brand new entrepreneurial challenge. I believe strongly in the power of free enterprise to enable sustainable change, so my next ‘chapter’ will likely focus on an entirely new industry, something exciting, different and frankly downright scary – investing in and mentoring new entrepreneurs, and more specifically, the field of social/impact investing.

On the other hand, it looks like Zeschuk will, uh, start making beer and developing beer-related content. No, really:

Some of you will be curious what I’ll be doing next, and I can state that I’m not going to be working in games for a while, and there’s a strong possibility that I won’t be back. After my departure I’m going to be spending significant time with family and friends, as well as pursuing some personal passion-driven projects related to craft beer. The main project I will be working on is a web-based interview show called The Beer Diaries where I interview notable brewers and showcase their beers. If things go well, I’ll work on other beer-related shows, apps and projects. If not, I’ll have drunk a lot of tasty beers and may be back in games or even something else completely different. Ultimately time will tell.

Given that the two jumped from the medical industry to video games, it shouldn’t be that surprising that they’d make such a profound leap in vastly different directions. One can’t help but wonder if this retirement has anything to do with Star Wars: The Old Republic struggling to maintain itself.