Bigfoot and Yeti: Still Not Real, but There Might Be Some Weird Bears in the Himalayas

Harry and the Hendersons is still real though, right? 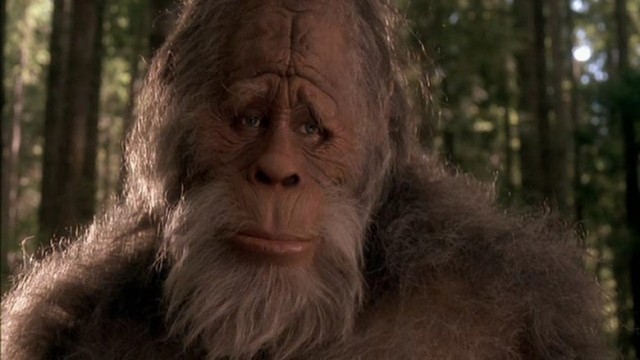 Last October a geneticist released some early results of tests done on samples of mysterious animal hair collected around the world. Cryptozoologists may have hoped for some definitive proof of the existence of sasquatch, but the final results are in and no such luck. They did however, find something else.

Geneticist Bryan Sykes brought some credibility to the hunt for Bigfoot and its pal the yeti (It’s safe to assume they’re friends, right? I’d watch a buddy cop movie starring a Bigfoot and a yeti. Yeti & Squatch Summer 2015!) last year when he said that genetic analysis of two samples of unidentified animal hair matched the DNA taken from the jawbone of an ancient polar bear. It was Sykes’ assertion at the time that this was evidence that the yeti could be a genetic offshoot of this animal.

The full results have been published in The Proceedings of the Royal Society B today. It looks at the evidence taken from 30 samples, rather than just the two we heard about last year. Though it does seem that those two are the most interesting of the bunch, what with their weird bear DNA and everything. The other 28 were matched to known living species, none of which were Bigfoot, yeti, or any other cryptozoological creatures.

These samples don’t prove or disprove the existence of a yeti or Bigfoot, but what they do is provide an example for cryptozoologists of how to analyze a sample in a scientifically verifiable and accepted way. So if they ever do find evidence of a cryptid they’ll likely face a lot less skepticism from the scientific community.

(The Proceedings of the Royal Society B via Science News, image via Harry and the Hendersons)

Previously in things that aren’t Bigfoot