When Yeti Hunting, the United States Requires You to Have Your Permit Ready 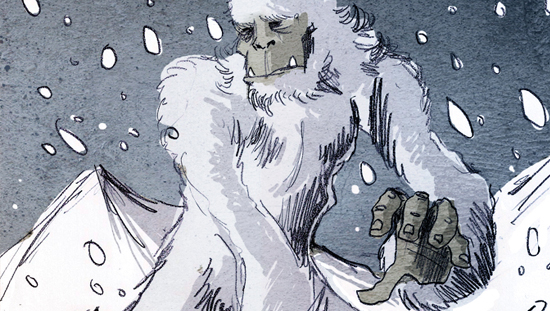 Say you’re hiking in the Himalayas and you happen to spot the Abominable Snowman. Whether it’s throwing snowballs at you, running away, or just minding its own abominable business, if you don’t have a permit to “carry out an expedition” specifically in search of it, you’d better leave it alone. And definitely don’t you dare take a shot at it. Wait, you think this is a joke? If it was, the American Embassy in Nepal wasn’t cracking a smile in 1957 when it issued a memo that stipulated the rules for Yeti hunting.

The Yeti, as you probably know, is the legendary Bigfoot-like cryptid believed to dwell in the Himalayan region of Nepal. And the title of this very real memo issued in ’57 is “Regulations Governing Mountain Climbing Expeditions in Nepal—Relating to Yeti.” It didn’t so much state new rules as parrot those the government of Nepal itself issued two years earlier.

These curious mandates followed of a rash of Yeti hunts in the 1950s. It was sort of like the California Gold Rush, only it took place about a hundred years later, was much colder, and the prospect of finding gold was much slimmer. In the late 1950s, a man named Tom Slick, an oil tycoon, adventurer, and cryptozoologist, went searching for the beast himself and funded numerous expeditions.

The U.S. went kind of crazy for the Yeti the ’50s, because apparently there was nothing else going on. Hollywood cranked out movies like The Snow Creature, Half Human, and The Abominable Snowman, but across the world, expeditions kept on keeping on, finding over-sized monster prints and even an alleged Yeti scalp (gross), but little else. Hence the “Regulations,” which you can read for yourself in the National Archives, made these three statements:

1. Royalty of Rs. 5000/- Indian Currency will have to be paid to His Majesty’s Government of Nepal for a permit to carry out an expedition in search of ‘Yeti’.

2. In case ‘Yeti’ is traced it can be photographed or caught alive but it must not be killed or shot at except in an emergency arising out of self defence. All photographs taken of the animal, the creature itself if captured alive or dead, must be surrendered to the Government of Nepal at the earliest time.

So the real question is, was the embassy just being bureaucratic, or was there a closet cryptid fan in their midst? Sadly, it seems most likely a political move. The U.S. had established diplomatic relations with Nepal in 1947, and the Yeti memo was released in the same year as their embassy opened. When in Rome, right?

Diplomatic move or not, the rules stand. Get yourself a permit before you head to the Himalayas with a camera. Or just go after Sasquatch, the Chupacabra, or the Loch Ness Monster, who are fair game (we assume without checking). Alternatively,  just go to Florida and ride the Expedition Everest ride at Disney’s Animal Kingdom, where the Yeti has been spotted doing something bad to the roller coaster tracks. No permit needed. 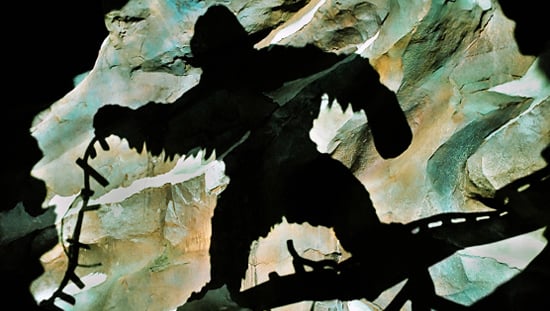