No, we will not be indoctrinating our children with white supremacist propaganda. 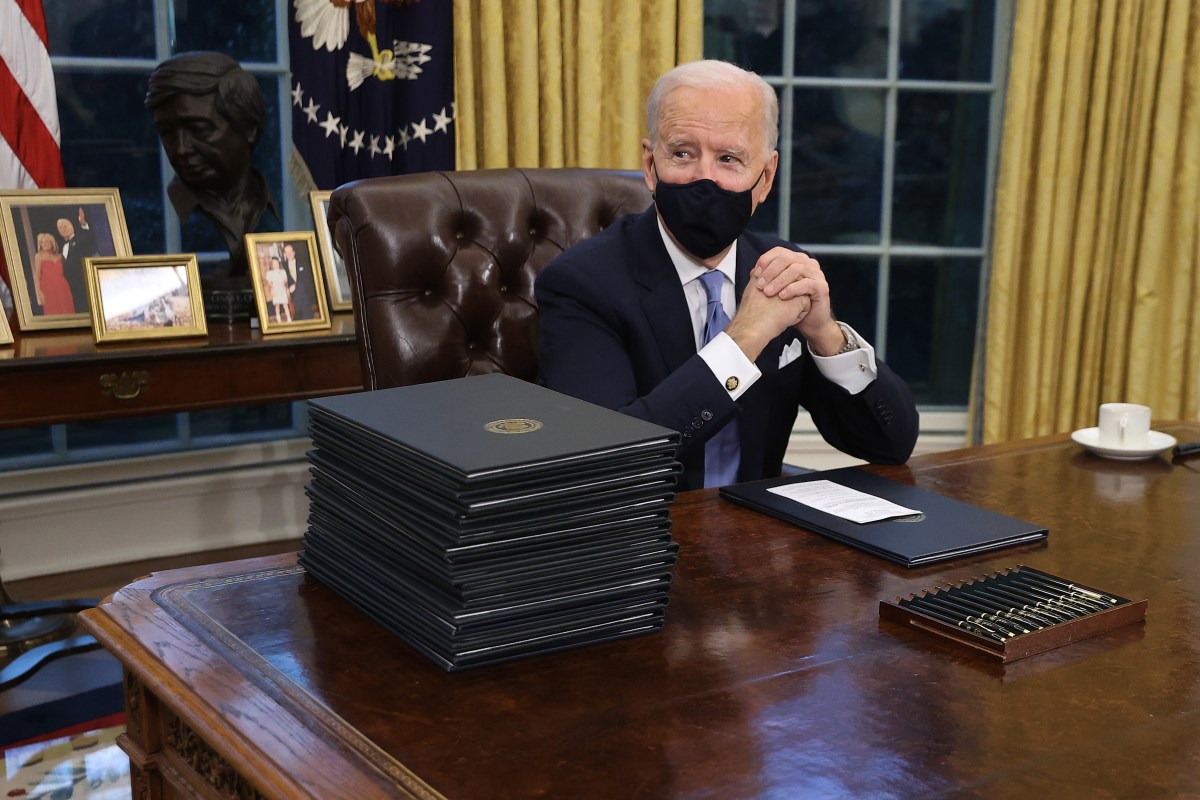 Since his swearing in yesterday, President Joe Biden has hit the ground running in an effort to undo the damage wreaked by the previous administration. He signed a slew of executive orders to roll back Trump’s cruelest executive actions, including rescinding the Muslim ban, canceling the Keystone XL pipeline, and rejoining WHO and the Paris Climate Accords.

Biden also canceled one of Trump’s most sinister and racist schemes: the 1776 commission. Designed as a response to the New York Times’ Pulitzer-winning series “1619 Project,” which seeks to reframe the history of America around the date the first slave ships arrived in the country, the 1776 commission sought to ignore and belittle the horrific consequences of slavery and racism in America.

Pres Trump claims the 1619 project distorts and “rewrites” American history. He says the project wrongly says America was founded on “oppression not freedom.”

Trump described the commission as something that would “restore patriotic education to our schools” via a “pro-America curriculum,” which is essentially white supremacist propaganda. The 1776 report whitewashes American history, which is already rife with whitewashing and the white male perspective. According to Trump, teaching kids critical race theory is tantamount to “child abuse.”

Civil War historian David Blight called the report, “an insult to the whole enterprise of education. Education is supposed to help young people learn to think critically … That report is a piece of right-wing propaganda.”

Trump’s 1776 Commission says historians pointing out the paradox of a nation founded on the idea of freedom denying freedom to Black people “has done enormous damage” to “our civic unity and social fabric.” pic.twitter.com/TQkMkNtBTt

The 1776 commission is horrific, dangerous, and disgusting. There is no other way to describe it. So it’s a relief to see the Biden administration withdrawing the report and suspending the website, with officials saying the commission “sought to erase America’s history of racial injustice.”

It stayed up for about as long as it took to write it. https://t.co/v7O3xCinnA

The order is part of a broad executive order on advancing racial equity. The order reads, “Our country faces converging economic, health, and climate crises that have exposed and exacerbated inequities, while a historic movement for justice has highlighted the unbearable human costs of systemic racism. Our Nation deserves an ambitious whole-of-government equity agenda that matches the scale of the opportunities and challenges that we face.”

The order also commands all federal agencies “to undertake a baseline review of the state of equity within their agency and deliver an action plan within 200 days to address unequal barriers to opportunity in agency policies and programs,” which stands in marked opposition to Trump’s previous order to cancel racial sensitivity and bias training in the federal government.

Many were relieved by the swift action taken, and by Biden’s direct denunciation of white supremacy in his inaugural speech. But of course, this doesn’t mean the end of the right wing’s attempts to indoctrinate our children and push their revisionist fantasy of American history. There is still so much work to be done, but this is a great place to start.