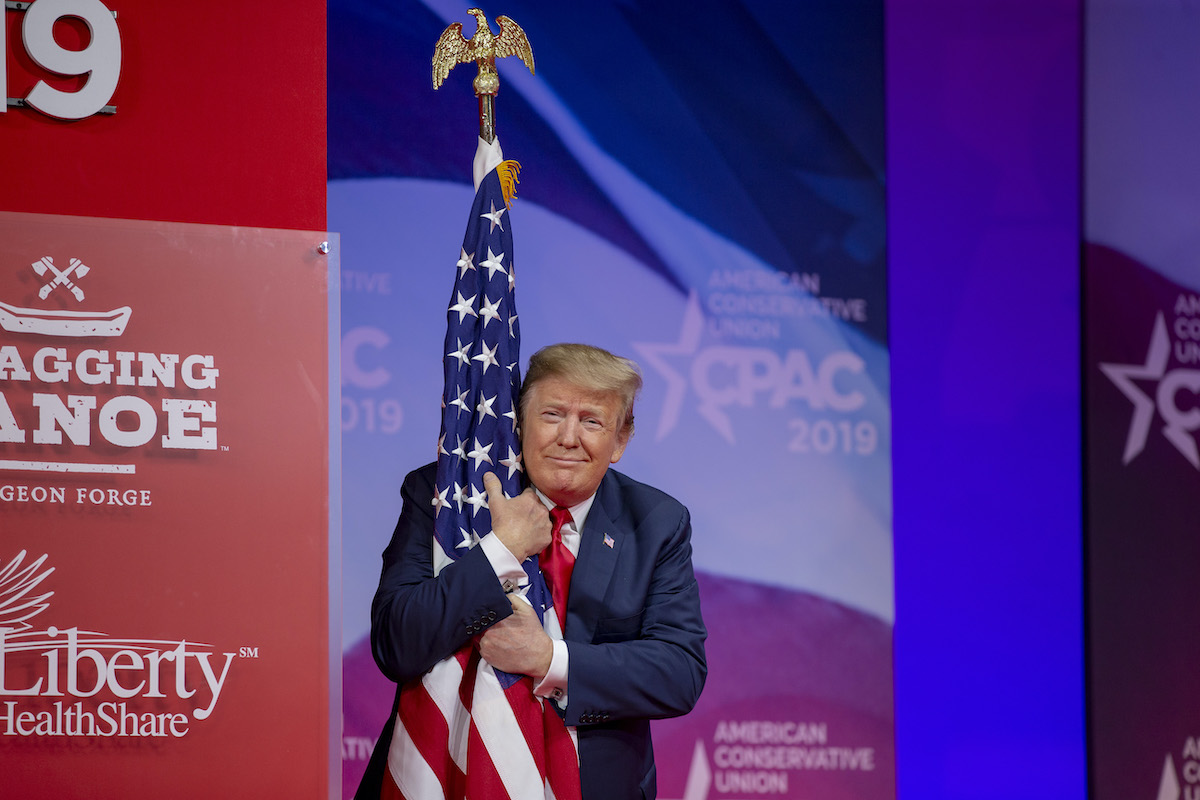 Donald Trump has been attacking the New York Times’ “1619 Project” since it was first launched. The Pulitzer-winning series seeks to reframe the history of America around the date the first slave ships arrived in the country and for whatever reason, Trump seems to see that idea as a personal assault. Last year, he announced a plan to “restore patriotic education to our schools” via a “pro-America curriculum” called the 1776 commission. In his final moments in office, Trump has now released the full text of that commission and it’s absolutely revolting.

The 1776 commission is entirely unnecessary since pretty much every history book children study in school already teaches that that was when America was founded. The 1619 Project was created in response to that overwhelmingly accepted version of our history. This new commission is a bizarre overreaction to the project’s very existence and the news that a few school districts would begin teaching it in history classes—not as a replacement to the existing 1776-centric curriculae, but as a supplemental history. Yet somehow the idea that exploring the lasting impact of slavery in this country is seen as a threat to America itself.

This new commission declares that America as a country has a “definitive birthdate” of July 4th, 1776. It states that there was no America or American people before that date, and while it does acknowledge colonists, there is no mention whatsoever of Native people.

That is by no means the last time this 45-page document whitewashes issues of race in this country—that seems to be its primary goal. The commission asserts that the Civil Rights Movement was killed by “identity politics,” and yes, you guessed it, they decontextualize MLK’s “I Have a Dream Speech” to argue against fighting racism.

“Identity politics makes it less likely that racial reconciliation and healing can be attained by pursuing Martin Luther King, Jr.’s dream for America and upholding the highest ideals of our Constitution and our Declaration of Independence,” the commission reads.

Did I mention this commission was published on Martin Luther King Day?

There is an entire appendix titled “CREATED EQUAL OR IDENTITY POLITICS?” that serves as a lesson plan to depict efforts to address and remedy issues of discrimination as being fundamentally un-American.

The document also paints slavery as a “necessary evil,” to quote Senator Tom Cotton, who came under fire for those words last summer before the Trump administration decided to double down on them. It describes at length the way various Founding Fathers hated the institution of slavery while still owning slaves themselves.

How could they justify owning slaves, then? Apparently, it’s really judgy of us to even ask that question.

“It is very hard for people brought up in the comforts of modern America, in a time in which the idea that all human beings have inviolable rights and inherent dignity is almost taken for granted, to imagine the cruelties and enormities that were endemic in earlier times,” it reads.

The document does not expand on the cruelties suffered by enslaved people.

Trump’s 1776 Commission says historians pointing out the paradox of a nation founded on the idea of freedom denying freedom to Black people “has done enormous damage” to “our civic unity and social fabric.” pic.twitter.com/TQkMkNtBTt

When he introduced the idea of this commission, Trump promised that it would teach “our youth […]  to love America with all of their heart and all of their souls.” In this full document, educators are called on to convey a sense of “enlightened patriotism” to make sure students are imbued with a “profound love of their country.”

It should go without saying but that is not the job of schools.

At the same time, schools are supposed to reject any material that “promotes one-sided partisan opinions, activist propaganda, or factional ideologies that demean America’s heritage, dishonor our heroes, or deny our principles.”

Again, this is in direct response to a series that seeks to reexamine, among other things, who it is we call heroes and why, and who has been ignored in this version of history. It is not “activist propaganda” to suggest that the impact of slavery on this country were already deeply established by the time 1776 rolled around, and are still prevalent hundreds of years later. It is extremely telling that Trump and his ilk feel so very threatened by that idea, though.

As if publishing this garbage isn’t bad enough, it also looks like at least part of it is plagiarized from one of the authors’ other works. Imagine someone wanting to put this out there not once, but twice!

A big chunk of Trump’s widely derided 1776 report appears to have been lifted from an author’s prior work.

An entire page appears to be copied nearly verbatim from an opinion piece published in 2008 by one of the commission’s members. https://t.co/98ZCpwKk1D