Bethesda Teases Us With Screenshot of Grizzled Man | The Mary Sue

Bethesda Teases Us With Screenshot of Grizzled Man, With a Caption of “Tomorrow” 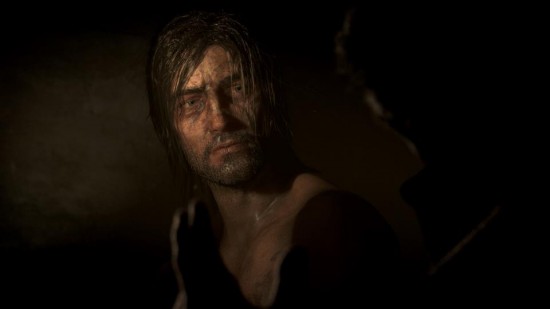 Earlier today, Bethesda posted the above screenshot to their Facebook page with a simple, yet mysterious caption that reads “tomorrow.” What could it mean?!

One might assume since Skyrim was recently released, and Bethesda followed up Oblivion with a host of expansions and downloadable content, that this screenshot might be from some kind of Skyrim expansion. However, after taking a closer look at the screenshot, a little speculation would lead us to think that this isn’t from Skyrim, as the character aesthetic somewhat clashes with the one in Bethesda’s recent sprawling opus.

The drab, sullen look of the teaser shot might make more sense for some kind of Fallout, but there’s still a great opportunity for milking Skyrim, as an expansion has yet to be released and the game hasn’t even been out for half a year, and it would be a little weird to move on so quickly to something as big as a new Fallout.

Of course, the screenshot could be from a new property, which could easily be called Tomorrow as the caption states, but more likely, the “tomorrow” caption is probably pointing toward more information that will be released tomorrow. Power of deduction. Piki Geek also points out that this could be a screenshot from Bethesda’s upcoming steampunk sandbox romp, Dishonored. We’ll most likely only have to wait until tomorrow to find out.

And no, that’s probably not Sawyer, but we can hope.