The mystery has never been more alive. 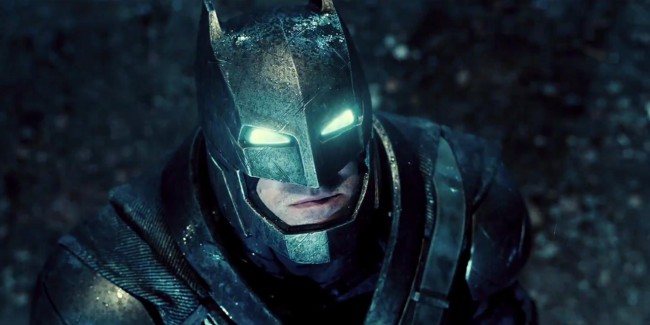 Ben Affleck has a working title for his solo Batman movie, and it looks like he’s going to keep it short and sweet. In an interview for The Accountant, Affleck stated, “The movie, I think, is going to be called The Batman. At least that’s what we’re going with now. I might change it.” He also shared that he’s excited about it and the script he’s co-writing with Geoff Johns is going well.

The Batman as a rumored titled actually appeared a while back, and it’s as slightly ridiculous as it was in 2014. So far, we know that Joe Manganiello as Deathstroke will make an appearance, that Batffleck will be full of “frustration, bitterness, and anger,” and he’ll have a new Batsuit.

With a title that doesn’t give much away, The Batman preserves some intrigue by straying away from vs or subheads–no Batman v Batman: Darkness, No Parents here. Or is “the” Affleck’s way of announcing his Batman as the Batman over other versions? Will there be a challenge in the movie where he has to prove himself as “The Batman?” Am I reading this way too closely? Anyway, the Batman movie, The Batman doesn’t come to theaters for a while so just file this into the back of your brain until then.

Some might find The Batman a little lacking, but what do you think about the title?