The Dark Knight Rises… Again… Then Beats Up Superman

Or Man of Steel: The Punch From Space That Exploded Batman's Internal Organs 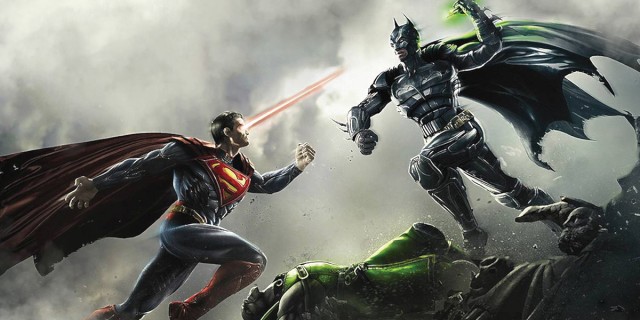 Needless to say, we’re all pretty damn excited about the upcoming movie starring Batman and Superman. But what do the two heroes think about it? Watch the video to see two opposite superheroes engage in coffee drinking (at least, I think it’s coffee) and a metaphorical measuring contest, and also the only movie I will now accept being made.

In all seriousness, while my allegiance is to the Dark Knight, I have to say I think Superman could probably take him. It’s not a question of whose character is the most intriguing, it’s that Superman isn’t human. He’s too fast, too strong, and can seemingly withstand anything. Except… what if Batman whipped out some kryptonite? Dammit.

But all out, real time fight, gadgets included? Batman. I mean, he has actually killed someone before, and unless Superman goes all Brainiac on him, he’s probably the more ruthless of the two. And while Superman can reverse time, I somehow see Batman being the one figuring out a new plan mid-flight.

Please make this movie (an outlandish bromantic comedy would also be acceptable). Answer the damn question. This is going to bother me forever.

(via i09, image via Fotoyorum)