Baldur’s Gate II: Enhanced Edition Back On, Available For Pre-Order 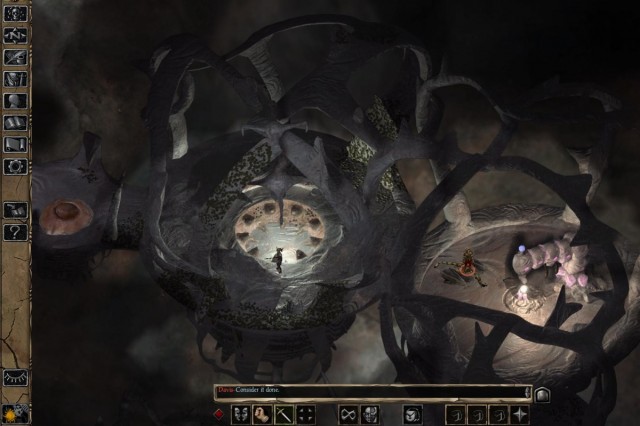 We told you a while that the Enhanced Edition of Baldur’s Gate II had been put on indefinite hold, due to legal issues. Well dry your tears, equip a few Elixirs of Health, and don your Shadow Armor, because not only is Baldur’s Gate II  back on track, but it’s also available for pre-order now, and will be released November 15th!

BGII: EE is a remastered version of one of the best PC games of all time (yeah, I said it), Baldur’s Gate II: Shadows of Amn. I thought BG: EE was a great success, and it was amazing to revisit all my old favorite characters (Minsc and Boo! Imoen! Edwin!), so the release of the sequel – a far superior game to the original – is super exciting news.

BGII: EE will feature the same new playable characters as BG: EE – Dorn Il-Khan, Neera the Wild Mage, and Rasaad yn Bashir – and “a thief in service to a mysterious master.” Sounds like we won’t get be getting more Baeloth, sadly. The Enhanced Edition will include Shadows of Amn and Throne of Bhaal, which takes you all the way to the epic finale of the Baldur’s Gate franchise (sob).

Baldurs Gate II: Enhanced Edition releases on November 15th for PC and Mac (available at a later date for Android and iOS), and is available for pre-order now for $24.95.

If you hear someone shrieking “Go for the eyes Boo, GO FOR THE EYES!! RrraaaAAGHGHH!!!” on that date… it’s definitely not me.

(via NeoSeeker, image via Baldur’s Gate)