Man Creates Worldwide Augmented Reality Version of Pong, Because He Could 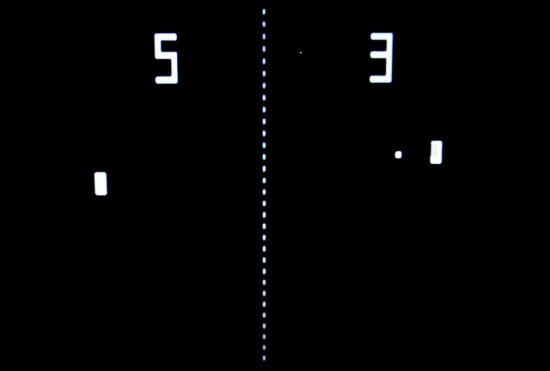 Pong, the granddaddy of all classic video games, celebrated its 40th anniversary this past week. It’s a great time to think back on how far games have come in those four decades, and maybe even fire up your old Atari 2600 and play a few games of Pong, or you can be like Sander Veenhof and create an augmented reality version of Pong to play with people all over the world. That’s right. Fire up your smartphone and keep an eye out for incoming balls.

Veenhof developed his version of Pong as a Layar filter, and its available for free on both iOS and Android platforms. It works by allowing a player to view a virtual Pong field using the camera on their phone that is populated by other players from around the world. These players can be targeted, and then fired upon.

For as simple as Pong was, and continues to be 40 years later, it was at least reasonably fast-paced. That’s one aspect that the augmented reality version does not share. The volleys can take several minutes to reach an opponent, which makes sense considering the locations of the players. I’m currently in a pretty heated rally with a player in Germany, who the app tells me is 6079.4km from me. That’s a lot farther than the distance from one side of the TV to other, so the ball will take more time getting there. Even though it makes sense, it doesn’t make for a very fun game.

Your best bet will probably be to play with a friend who’s in the same general location as you, since the closest player I can find online right now is just under 400km from me, it takes about a minute for the ball to reach its goal. Still though, it’s an interesting take on a classic game. Maybe we can schedule a time where we can all jump on Layar together and knock some balls around the world.