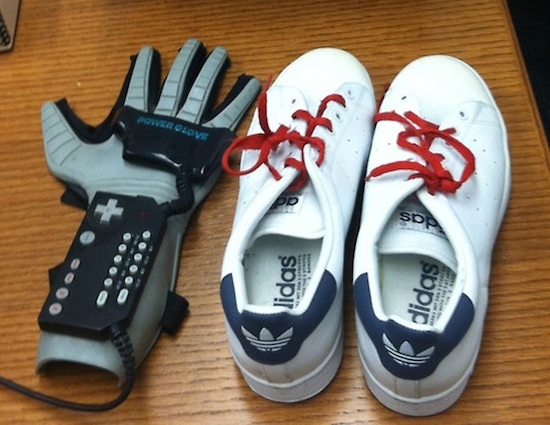 What do avid drug advocate Timothy Leary and The Wizard’s video game prodigy badass Lucas Barton have in common? Virtually nothing except for the fact that the two both had an odd affinity for Mattel’s gaming peripheral debacle otherwise known as the Power Glove. Discovered deep within the archives of the New York Public Library, it turns out that Leary probably enjoyed video games almost as much as psychedelic drugs.

Also packed away with the Power Glove was a pair of Leary’s red-laced Adidas running shoes, but the kicks pale in comparison to the embarrassing relic of video game history. As of now, the NYPL won’t be putting these items on display any time soon. Once protocol has been followed and everything has been cataloged accordingly — why it would take that long we don’t know — the general public will be able to gander at these items of dubious educational value in due time.

One thing’s for sure, a bit of psychedelic drugs would most likely enhance the Power Glove experience a hundredfold, making one forget that it’s a haphazardly designed piece of garbage that didn’t even work properly.