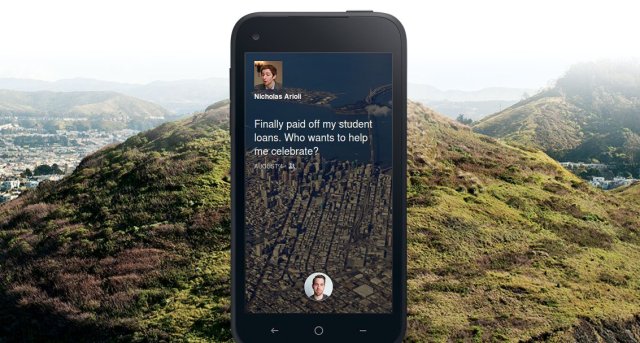 This is just a rumor at this point, but GigaOM is reporting that AT&T will be dropping the HTC First due to poor sales. The First was introduced in conjunction with Facebook Home — which I tried and hated — and it turns out I wasn’t alone. The First had disappointing numbers and was discounted to 99 cents last week, but the word on the street is that AT&T will discontinue it completely.

HTC and Facebook seemed pretty proud of the First when they demoed it alongside Home in April. It was the first phone built around Facebook’s modified version of Android, and by making it that way they really hinged its success of the success of Home. Personally, I thought Home was an abomination, but I imagine that even people who enjoy it aren’t going out of their way to buy a new phone just because it has Home pre-installed.

The First had a slightly more modified version of Android than just the Home app that’s available in the Google Play store. That allowed for a few more features in Home. The problem was that they were features no one seemed to want, or were features they were giving up by installing Home in the first place. The First’s version of Home allowed for things like email updates in the Coverfeed. Android already allowed users to put email alerts on their lock screen, but Home supersedes the traditional lock screen.

AT&T hasn’t confirmed these rumors, and have said that the price drop down to 99 cents is just a promotion, but if they aren’t planning on killing the First, maybe they should be.
(via GigaOM, image via Facebook Home)