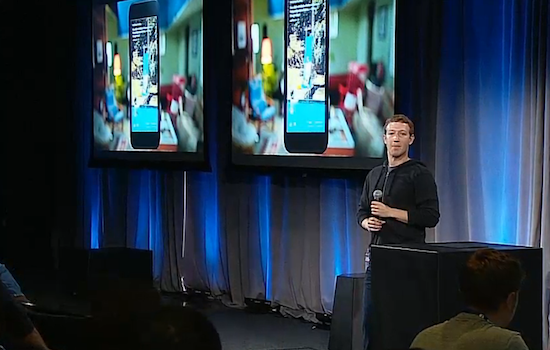 The speculation is over, and the Facebook Phone is finally a real thing. Rather, it’s a few things, and they were all just announced at Facebook’s live event. The focus of the event was a new version of Facebook’s Android software called “Facebook Home” which will be available to download April 12th. Facebook, HTC, and AT&T also announced the HTC First, which will be the first phone built around Facebook Home. Let’s take a look at what Home is all about.

There was a lot of speculation about whether Facebook would launch its own physical phone, an operating system, or just a major update to their Android app. They kind of did all three. While Facebook Home does not replace Android, or “fork it” as Mark Zuckerberg and crew said repeatedly to a few giggles from the crowd, it certainly seems like an all out takeover.

The lock screen is replaced by a “Cover Feed” which shows stories from Facebook and Instagram in an animated slideshow format that you can slide through. It lets you “like” and comment on the stories right from the lock screen. Home also has its own app launcher, but it seems like the purpose of Home is get everyone to stop using apps that are not Facebook.

Home also takes over the phone’s messaging completely with a service called “Chat Heads” which, besides having a silly name, looks like a step in the wrong direction. Any message you receive appears as a rather large icon with the sender’s face in the top right of your screen. As other messages come in, these icons take up more and more space over whatever it is you’re doing.

Facebook’s Joey Flynn, who was demonstrating the Chat Heads feature during the presentation seemed really excited about seeing his friends faces on top of the article he was trying to read, but I think it would get in the way. Even as Flynn navigated through other apps, the faces stayed on the screen until he manually dismissed them.

Presumably the pictures of your friends will be pulled from their Facebook profiles. Right now about 40% of my friends’ profile pictures are pink equal signs in support of gay marriage, and I have about ten messages on my phone. If that means running Facebook Home on my device is going to result in ten pink equal signs blocking up my screen while I try to do anything, I think I’ll pass. 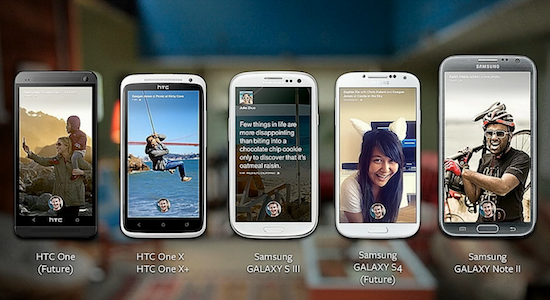 Home will be available starting April 12th, but only for the Samsung Galaxies S III & IV, the Note II, the HTC One, One X, and One X+. I have an S III and will give it a try for your benefit, but after that presentation I’m looking forward to it about as much as that glazed donut sandwich I ate yesterday.

If you don’t have one of those phones, and are for some reason excited about Facebook Home and due for an upgrade you can also pre-order the HTC First, which is the first phone built around Facebook Home. During the presentation, AT&T’s Ralph de la Vega said the HTC First will be available for pre-order starting today, but the link to AT&T from the Facebook Home site appears to be broken.

The First will be available exclusively through AT&T for $99.99 with a contract. It will be released on April 12th to coincide with the Home launch, but not much else in the way of specs were given. If the phone itself were anything special, though, they probably would have announced it on its own rather than lump it in with Facebook Home.

The select few with one of the compatible phones can download Home on April 12th. Facebook will add more devices, and promises to release a new version of Home every month. There’s no specific date for a tablet version, but Zuckerberg said it’s coming in a few months. Home is strictly built around the Android operating system, so it looks like iPhone owners will just have to wait to have their phone completely taken over by Facebook.