Mars Colony May Be Built From Bacteria And Astronaut Pee

Hopefully astronauts don't like asparagus, otherwise "urine" for a surprise 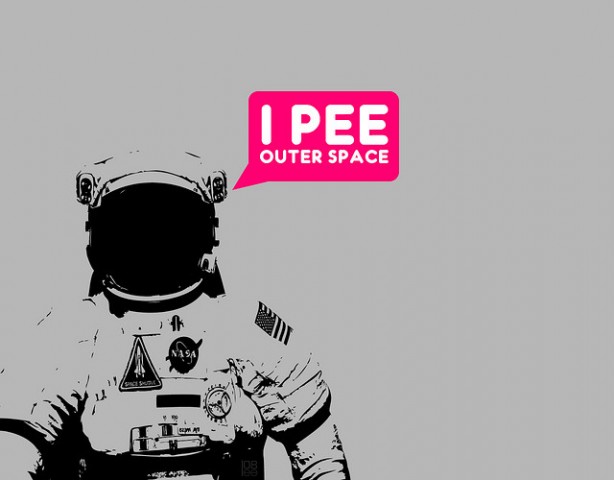 Obviously we’re all hoping that at some point in the future  there  will be a colony on Mars we can visit in the interests of scientific advancement. But would you still want to visit if the Mars Colony was made of bacteria and astronaut pee?

It’s not a hypothetical question. Urine-based “bio bricks” have been a semi-popular idea since 2010, when professor Ginger Dosier realized that bricks made of sand, calcium chloride, bacteria, and urea (a chemical found most often in urine) would harden without being fired in a kiln.

Here’s a video where artist Peter Trimble does his pee thang and demonstrates how what he calls ”microbial manufacturing” goes down.

Although bricks that harden without being heated prevent producing a huge amount of CO2, ‘Pee Bricks” aren’t the environmental savior they were first thought to be. The bacteria metabolism that hardens the brick mixture also changes the urea into ammonia, poisoning groundwater.

The solution? Use the pee bricks on Mars, a place where all groundwater evaporated billions of years ago. At least that’s what a team of students studying to be synthetic biologists at Stanford and Brown believe.

Bio bricks would solve a lot of problems for a Mars colony-the ingredients necessary are easily transportable,  it would keep the astronauts from letting literally anything go to waste, and ammonia, although poisonous on Earth, might make Mars’ acidic atmosphere more habitable.

Paul Dear of the MRC Laboratory of Molecular Biology in Cambridge thinks the students may be on to something. “Every gram delivered to Mars or other planets translates into huge additional costs and energy demands. Biology rather than physical engineering is the only realistic way to do things on a planetary scale.”

We’re still dubious, and not just because collecting pee seems like the least dignified way for our race to begin life on another planet. Introducing new bacterial microbes to an alien atmosphere just seems foolhardy, especially since human beings already have a terrible track record of pissing away our natural resources. Maybe we should think twice before marking our territory all over the universe?

Regardless, I guess we can add a tiny bladder to the list of ridiculous physical requirements for astronauts? That’s just great. Pass the Squirt.

(via Gizmodo and New Scientist, image via Lee)