Mars Mock Mission Maybe Not As Cool As The Real Thing, But Still Awesome/Cold

Great news for anyone who can't decide between going to Mars or Utah. 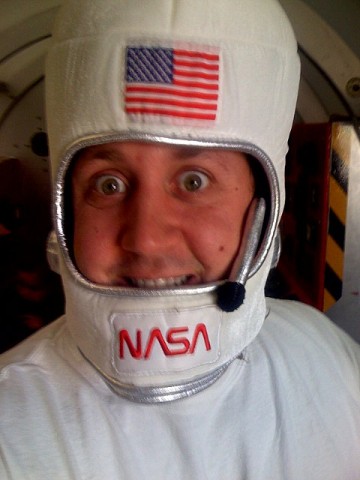 Lots of people go to Aruba or Florida to escape the winter blues, but a team of six scientists are spending this January trying to recreate life in one of the coldest environments imaginable. No, not the inside of our jaded hearts — Mars.

We’re at least several decades and a lot of space-bucks away from an actual manned (personned? peopled? there are lady astronauts, you guys) mission to Mars, but a team of six scientists in the Utah Desert are experiencing life on The Red Planet anyway.

Space.com correspondent Elizabeth Howell is a “Space Reporter” (dream job, called it) and member of a team of six scientists living in The Mars Desert Research Station from January 4th-19th.

Howell’s coverage has provided amazing insight into how the simulated space mission has been for her and Team 133, and describes what it’s like to fix a toilet in space (overrated, we think) and make space macaroni and cheese (which turns out to be just earth mac and cheese without butter, which seems like a small sacrifice to make for the advancement of mankind.)

During the rest of her stay, Howell and her teammates will continue to live and conduct experiments in close quarters and under full-time simulated Mars conditions, with limited access to food, water and contact with Earth.

Sponsored by the mysterious-sounding Mars Society, The Mars Desert Research Station hosts teams of researchers, scientists and students from early December through early May (a.k.a the only times of the year when the Utah Desert is comparable to one of the most inhospitable places in the Universe.)

Obviously the Research Station is designed in the interests of scientific progression and requires visitors who are prepared for incredible physical and emotional challenges, but we also think it sounds like a pretty great place to spend a couple of weeks. Privacy, wide open spaces, shelf-stabilized dehydrated peas? Sounds better than New York in January to us.