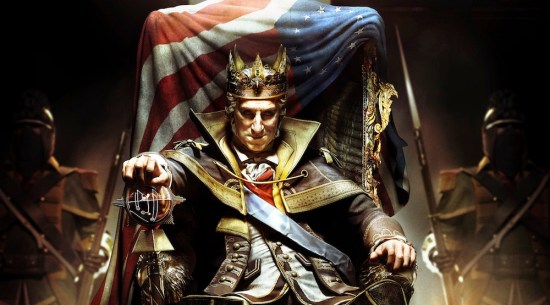 In news that’ll make you check to see if it’s actually April 1st and all of your memories of the past few months have just been a weird soap opera style dream, Ubisoft has announced some new DLC for Assassin’s Creed III that features George Washington succumbing to evil. It’s called The Tyranny of George Washington. The evils of George Washington must be stopped.

Also ridiculous, the Tyranny campaign will span across three separate DLC packs, and will take place after the American Revolution. Ubisoft explains the DLC features George Washington succumbing to “the temptation of infinite power,” and that the player must “dethrone the Tyrant.” I mean, check out the graphic below. It’s American hero George Washington sitting on a throne, wearing a crown, clutching a sceptre, flanked by ominous guards.

I suppose if Abraham Lincoln can be a vampire hunter, George Washington can be America’s greatest villain.

It’s also worth noting that Assassin’s Creed III is already an alternate telling of history, and this DLC will be set in an alternate universe of the alternate history. So, there’s that.

Along with the announcement of everything we know and hold dear succumbing to the temptation of infinite power, Ubisoft also announced a season pass for ACIII DLC, which is becoming standard practice for DLC releases as of late. The pass will cost $29.99, cover five DLC packs (three of which will be The Tyranny of George Washington), and will bundle up the packs for a 25% discount compared to if each pack was bought individually. On top of that, the season pass will grant access to the packs one week early. The season pass will be available for the Xbox 360, PC, and PlayStation 3, but there isn’t a mention of the Wii U. Ubisoft has also stated that all of the content will be made available within six months of the release of Assassin Creed III, which is dropping October 30.

Wonderfully, there’s more to the crazy graphic of George Washington: 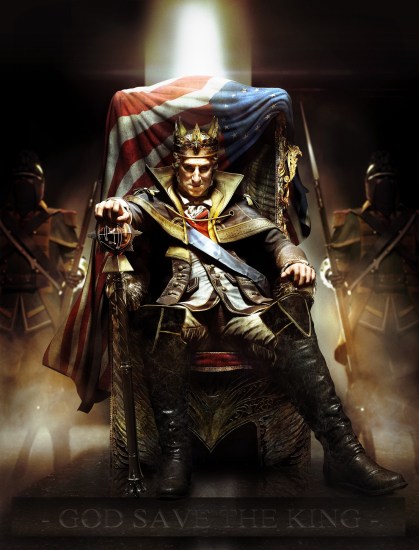 Have a good day.