Assassin’s Creed IV: Black Flag Getting Manga Adaptation, Because Sure, Why Not

The absurd of Abstergo. 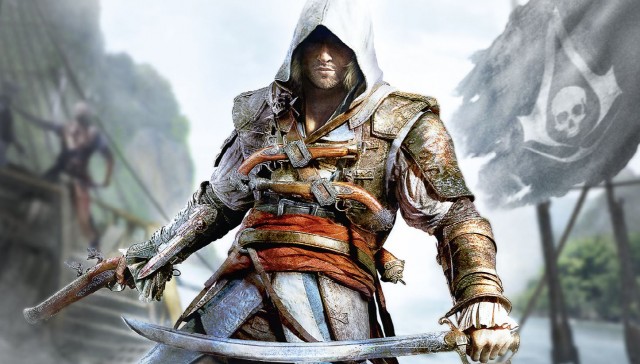 Move over, One Piece, there’s a new pirate-themed manga in town. And a very unlikely one at that. Japanese magazine Jump is going to publish a manga series based on Assassin’s Creed IV: Black Flag, a game made by French developer Ubisoft. Manga based on video games aren’t anything particularly new, but one based on a Western game is pretty unusual — Western games are rarely popular with Japanese gamers, and only series like The Legend of Zelda and Strider have successfully made their way to the right-to-left format, so this is both extremely weird and cool.

In keeping with the historical fiction theme of the series, Japanese historical novelist Yano Takashi has been selected to write the adaptation. The artist for the series will be Kenji Oiwa, known best for the Midas Eater series. Only one shot of Oiwa’s art has been shown so far, depicting protagonist Edward Kenway. As you’d expect, he looks like your regular brooding manga protagonist.

We’ll probably see him giving long speeches about pirates’ honor and his intent on defeating his enemies. Then again, Oiwa’s manga tend to be super violent and psychological, so maybe this will be more true to the source material than expected. The manga will debut in the first September issue of Jump, a month before Black Flag releases on PS3, Xbox 360, PC, and Wii U. No word on an English translation for the manga yet, but it’ll probably be put on the Internet for free by American pirates, thus completing the cycle.