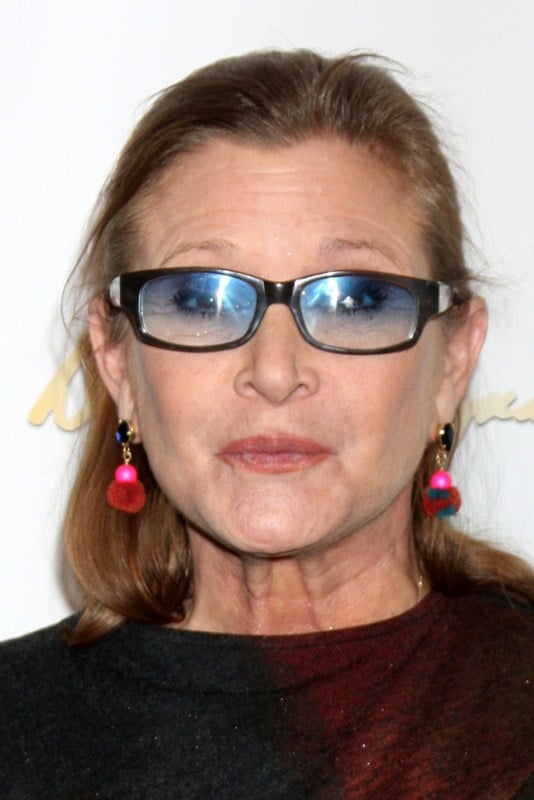 Earlier this summer, we got the amazing news that Carrie Fisher, beloved for being Princess Leia, an awesome writer, and unsung script doctor, and a general badass with the world’s coolest dog, would be starting an advice column for The Guardian. Well, that column has finally gotten under way!

CARRIE FISHER’S ADVICE COLUMN FINALLY STARTED THIS IS NOT A DRILLhttps://t.co/Poy8CBUtdY

When the column was first announced, Fisher asked that “the questions come from the younger members of our congested world.” However, in her inaugural column, she answers a letter from a woman in her mid-50s regarding her husband secretly seeing prostitutes both before and during their marriage saying, “I can forgive the fucking around, but the lying is difficult.”

Fisher’s response is as honest, no-nonsense, and compassionate as we would expect. Even better though she’s giving her advice and insight, she knows that in a case like this, it isn’t her place to tell this woman what to do with her marriage, merely to offer some perspective. Fisher writes in part:

“If you do believe that this is the ‘only’ thing he lied about, then maybe there’s something to be salvaged. Everyone always lies about sex. If you haven’t lied about it, it isn’t sex. Have you ever faked an orgasm? Some might say that’s a kind of well-meaning lie – but it’s still lying, no?

His lying about the prostitutes shows you that he’s ashamed of his behavior. He didn’t want to hurt you. None of this justifies his behavior, but it explains it – superficially at least. You’ve been together a long time. I think it’s worth maintaining your marriage. Forgive him. It’s the most amazing thing to be able to forgive. And so difficult. But relationships are difficult. You’ve managed to maintain your commitment to him. You’re the better person in that arena and in the position to forgive. Resentment, on the other hand, is a toxic experience. Superior and final—and when you walk away, what have you got?”

Check out The Guardian for the full column, and if you want to get Carrie Fisher’s insight into a problem you’re going through, you can write to her at [email protected]

(via Crude Trash on Twitter, image via Helga Esteb/Shutterstock)