No, not really. But I'm all about this fake one. 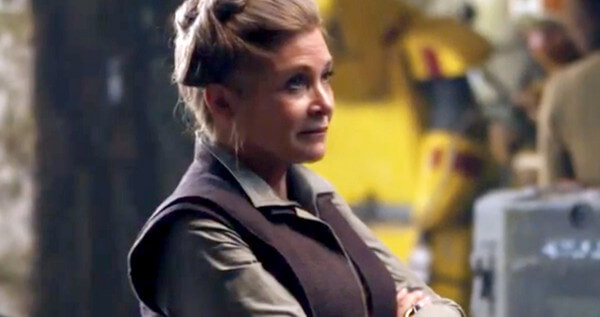 We already know that Star Wars: Episode VIII is well underway in production–we got a glimpse behind-the-scenes already, and even though most films tend to shoot non-linearly it does look like we’re picking right back up where we left off at the tail end of The Force Awakens. But I’m getting the impression that details surrounding this movie will be just as secretive as the last one.

However–Leia herself, Carrie Fisher, tweeted out an image from her account on Friday that does appear to spoil a potential new title for Episode VIII (starring her beloved dog Gary, of course):

Is Space Bear the real title? Of course not–but given that most big movies are named with a pseudonym over the course of filming to keep the real title on the DL, it wouldn’t be a stretch to say that Space Bear could very well be a stand-in title… at least until we know the real one?

Given Fisher’s very active Twitter presence–along with her co-stars John Boyega and Mark Hamill–it’s a safe bet to assume this is the first of many non-spoilery pics that will be shared with us during filming. (Just like I’m assuming there are several people out there mourning the fact that Oscar Isaac does not have a Twitter account.)