Art Bell Returning to Radio Waves, Legions of Paranormal Experts Not Far Behind

The legendary host of Coast to Coast is bringing his brand of weirdness to Sirius XM, and it just might get us to sign on. 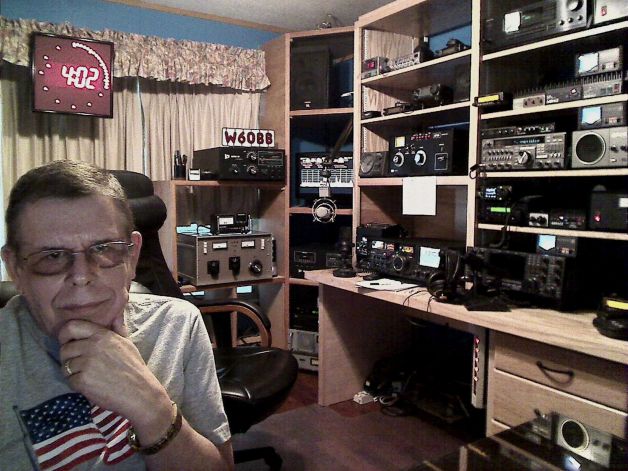 It’s been rumored for some time, but today brings confirmation that Art Bell, founder and long time host of Coast to Coast and the resounding voice of late night radio weirdness to a generation is returning to the air with a new show, Art Bell’s Dark Matter on Sirius XM. Fans of pseudoscience and general weirdness couldn’t ask for better news.

For years, Bell’s show was a bastion of  weirdness like one could only hope to find on late night radio. Four hours of programming broadcast live in the wee hours of every weekday morning provided listeners with one-stop shopping for interviews with psychics, time travelers, conspiracy nuts and Area 51 experts, among a staggering multitude of cranks, crackpots, and crazies of all stripes — and that was just the guests. As for the callers whose questions Bell fielded or passed along to his seemingly endlessly lineup of crystal gazers, ghost hunters, UFO researchers, chupacabra wranglers, Bermuda Triangle historians, and remote viewers…you just have to listen to some of the old shows. There are no words. Bell at his best is among the most bizarre and wonderful things ever to be carried over the radio waves. If you don’t believe me — or if you know I’m right and are getting nostalgic — get a load of some of Bell’s classic episodes over at The Internet Archive.

The show wasn’t all wackiness, though. Bell also hosted respected scientists like Michio Kaku and Brian Greene for long, wide-ranging conversations that never ended up quite where you expected them. And while we’re no huge boosters for the paranormal around here, there’s always been something about Bell that brings out the Fox Mulder in all of us. Bell and his guests make listeners want to believe. He encourages curiosity and free-thinking above all else, and reminds us that sometimes, it’s more fun to be weird than right — that it’s more fun to wonder than to know. Even if I didn’t believe a word of an episode, the show — which carries on, hosted by the capable George Noory among others — will always hold a special place in my heart, and I couldn’t be happier to welcome Bell back to the airwaves. I know I’m not alone here, folks.

After moving to a less time-consuming weekend host position in 2002, Bell retired from Coast to Coast in 2007 following the birth of his daughter. Now that she’s a little older, though, Bell is apparently ready to get back in the game. Art Bell’s Dark Matter will begin broadcasting on Sirius’ satellite network on September 16th, though it doesn’t look like Bell will be challenging his old show in his accustomed late night time slot.