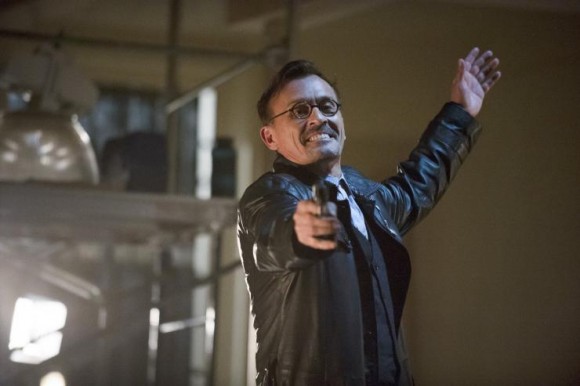 Well that’s what it looks like! Arrow has such a weird relationship with promo pics (scroll down).

One more pic of Robert Knepper as the DC baddie is behind the jump. He’s possibly voguing in it. 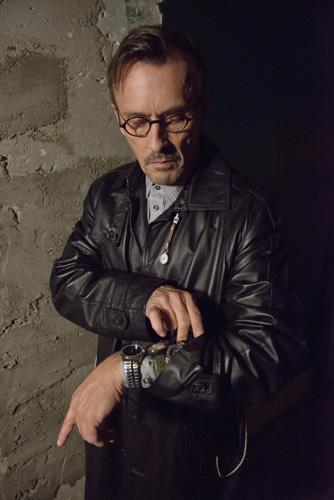 blastr has more pics, which they warn might spoil certain character interactions from next Wednesday’s episode, titled “Time of Death.”