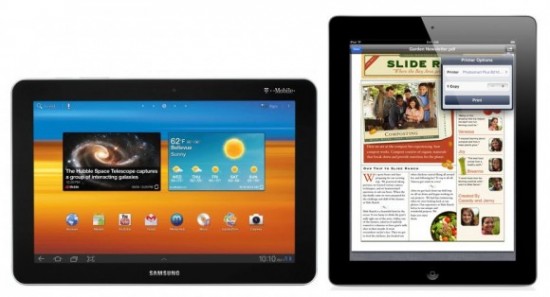 The patent war between Apple and Samsung was already weird enough, with each company attempting to block the sale of the other’s tablets in courts around the world. Now, a U.K. judge is requiring that Apple place a notice on their website and in several newspapers stating that Samsung did not copy the iPad. Will this public embarrassment be enough to end the war?

At the heart of Apple’s case against Samsung was the Galaxy Tab 10.1, which Apple claimed was clearly an iPad ripoff and infringed on their design patents. Different courts have made different decisions, but the cases have remained dramatic. For instance, Apple demonstrated in a U.S. court that Galaxy Tab and iPad were essentially indistinguishable from one another at 10-feet distant.

Apple recently lost their case against Samsung in the U.K., but in the best possible way. In the decision handed down by Judge Colin Birss on July 9, Judge Birss said that the Galaxy Tab did not infringe upon the iPad as it was “not as cool.” While Samsung carried the day in court, Apple walked out with headlines proclaiming that their competitor was lame.

In an effort to restore balance to the galaxy, Judge Birss ruled that Apple will have to place a statement on their U.K. website stating that Samsung did not copy the iPad design. What’s more, Bloomberg reports that Apple will have to take out advertisement space in  the Financial Times, the Daily Mail, Guardian Mobile magazine, and T3 with similar statement.

Interestingly, Judge Birss blocked an effort by Samsung to prevent Apple publicly stating that the South Korean company did copy the iPad.

Despite the ruling, the show’s not over yet. Judge Birss has allowed Apple’s lawyers to go to the court of appeals. There’s still a chance for this to spiral even further out of control. Maybe we’ll get a good tarring and feathering by the end of this!