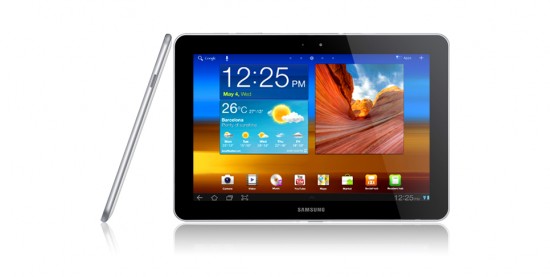 The Samsung Galaxy tab, under serious patent-assault from Apple, just dodged a bullet when a U.K. judge ruled that the Android tablet does not infringe on Apple’s characteristic iPad design. The downside? Well, it’s only because the judge decided the Samsung Galaxy Tab just isn’t “as cool” as its competitor. Winning is still winning, but winning like that must not be very much fun.

Judge Colin Briss announced his decision in London today, dishing out the verdict Samsung was hoping for, but some reasoning that’s got to sting a little bit. According to Briss, the Galaxy Tabs just “do not have the same understated and extreme simplicity which is possessed by the Apple design,” and therefore, “They are not as cool.”

The battle has been going on for a while, and for Samsung, it hasn’t been turning out particularly well. Last year, the Galaxy Tab 10.1 was pulled from shelves in the EU, and suffered a similarly morale-blasting loss when Samsung lawyers were unable to tell a Galaxy Tab from a iPad at a distance of 10 feet. So far, there’s been no ban on sales in the U.S., but one could be on the way. Considering the Nexus S is also hopping in and out of ban territory, this is a notable victory, but one that makes celebration just a little bit difficult.