Imagine a World Where This 2004 iPad Mockup Was Real 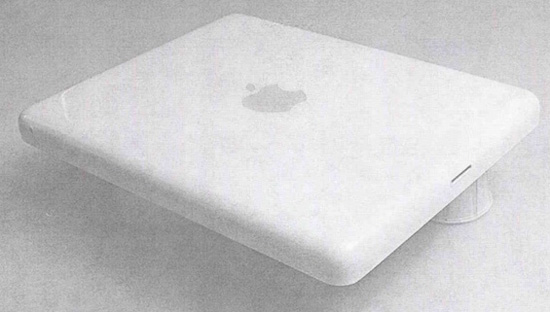 Apple’s iPad tablet was instantly iconic when it was unveiled in 2010, but it apparently has a very long history. Recent court documents related to the company’s ongoing patent war with Samsung have revealed a mockup of a hypothetical tablet, giving us an idea of what Apple was thinking all those days ago.

These images, dredged up by Yoni Heisler at Network World, are believed be of a unit codenamed “035.” From statements made by designer Jonathon Ive, Heisler figures that these images are from around March 2004 — years before even the iPhone existed.

What’s apparent right away is what a major influence the 2004 iBook G4 had on the design, as well as the original iPod. The iPod connector is there, but Apple seems to have simply flattened out a laptop for this model. Interestingly, the home button seems to be a later invention.

Apple is notoriously secretive about its new products, but its just as protective of its unreleased ideas. So scroll through, and take this opportunity to peep behind their curtain of secrecy.