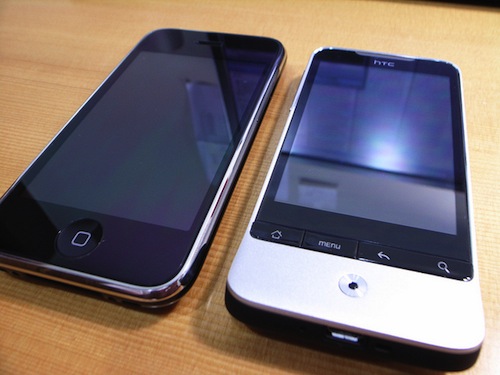 After two years of saber-rattling and a ever-increasing stakes, Apple and HTC have finally settled their patent disputes.

Wait a second. There’s another melodramatic tech patent lawsuit and we didn’t know about it?

Largely overshadowed by the massive scale and theatrics of the court case between Apple and Samsung, Apple has been trying to convince the courts to ban HTC phones from being sold in the U.S. since March, 2010. Since not counter-suing seems to be tantamount to admitting guilt in this day and age, HTC started pursuing a ban of its own in 2011, which would have halted the sale of iPhones, iPads, and many Apple computers.

Instead of fighting the two smartphone-makers have agreed to a ten-year patent-licensing agreement. Put it another way, they’re putting the pin back in the grenade until one company gets enough leverage to crush the other. Both companies have released similarly passive-agressive statements announcing that they’re “glad to have reached a settlement” and looking forward to “focus[ing] on innovation instead of litigation,” courtesy of Apple CEO Tim Cook and HTC CEO Peter Chou, respectively.

While the details of the settlement will not be disclosed, an HTC representative cryptically revealed to The Verge that the lawsuit would not impact either of the companies’ bottom lines, implying that neither party paid substantial settlement. A mutual agreement makes sense: With HTC getting ready to launch a line of Windows 8 devices and Apple breaking into the seven-inch tablet market with the iPad Mini, both companies have bigger fish to fry.

(via The Next Web, image credit: Izen Sun)