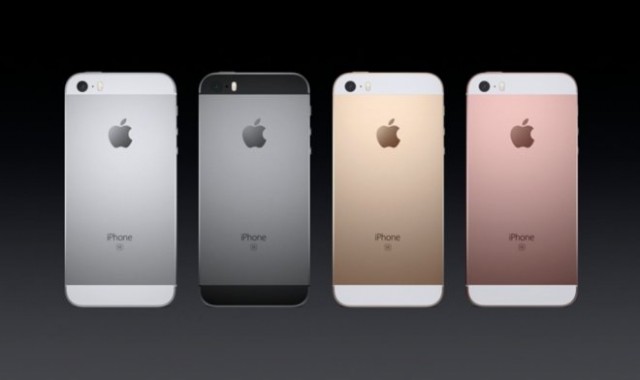 Apple is holding one of its big announcement events today, and that’s brought with it the reveal of the rumored smaller edition of the newer iPhones with the iPhone SE. Whether you have small hands, small pockets, or just prefer a smaller device, the iPhone SE brings back the narrower form factor of older iPhones without sacrificing any power from the modern ones.

In terms of size, it’s what a lot of iPhone users are used to, but the power is an upgrade with the A9 chip to match the processing performance of the iPhone 6s (about 2 times as fast as the 5s) and the graphics performance (about 3 times faster than the 5s): 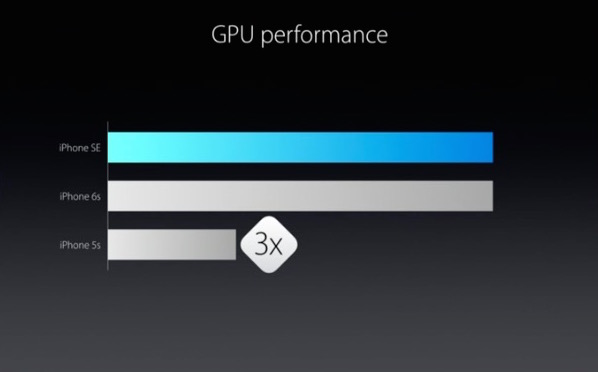 Its communications capabilities are also an upgrade. Its LTE mobile Internet speeds reach up to 150 Mbps (50% faster than 5s) with more LTE bands and higher quality LTE phone calls. Wi-Fi is similarly upgraded up to 433 Mbps, which is 3 times faster than the iPhone 5s and works with Wi-Fi calling.

The camera is 12 megapixels and comes with the Focus Pixels technology, a new image signal processor, and the ability to capture 4k video. Oh, and the phone uses Touch ID to unlock, of course. The 16GB model starts at $399—free with a two-year carrier contract or $17 per month without one ($499 for a 64GB model). You’ll be able to preorder starting on March 24, and the phones will be available on the 31st.

Apple also covered environmental initiatives with Lisa Jackson, their vice president of environment, policy, and social initiatives, who talked about a robot that tears down iPhones and recycles their raw materials. There was also talk of how Apple’s HealthKit health information sharing capabilities have helped in medical research, and they’re adding to it with “CareKit” software designed to help doctors and patients with post-surgery recovery.

The Apple Watch is also seeing a price slash to $299 (down from $349, but still probably not worth it unless you’ve got money in need of wasting), and a 9.7 inch iPad Pro is on the way at $599 for 32GB, $749 for 128GB, and 256GB for $899. Those are Wi-Fi-only prices, by the way. To top it all off, we’re all getting iOS 9.3 today with new features including a built-in color temperature adjuster to help us sleep better after the hour (or more, don’t judge) we spend staring at social media in bed before sleep.