Antimatter Matters, the Quantum Physics Board Game, Makes Assembling Atoms Into a Competition

When you open the box, you finally find out whether Schrödinger's Cat is dead or not. 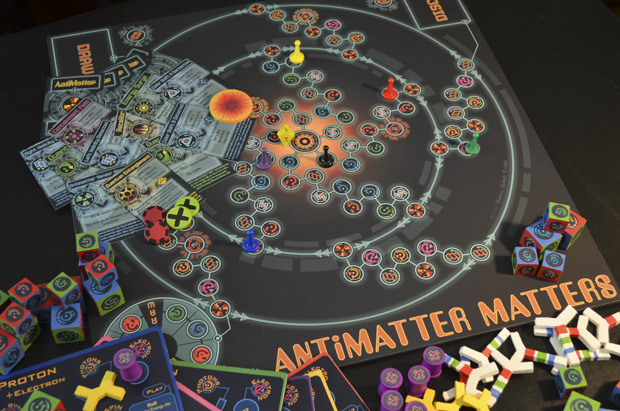 I’m not a big board game player, nor am I particularly well-versed in the ways of subatomic particles — and I’m sure that probably goes for a good number of you as well. However, Portland-based game company Elbowfish wants to change all that. Their Kickstarter campaign to fund a new physics-based board game, Antimatter Matters, has just three days left to go and is so close to getting funded that I can almost taste the quarks. Needless to say, all of the flavors are delicious, not to mention educational!

Game creator and physics teacher Scott Isler first came up with the idea for a board game that teaches kids about how atoms come together from subatomic particles while working at an after-school program for third and forth graders. The art, by Thomas Conrad Rigby, is described as “retro-futuristic” and is inspired by “the optimism of ST:NG-era science fiction along with spectacular current advances in virtual user interfaces.” In other words, it looks cool as hell. And, of course, they’ve even got designs in the works for Meeple player tokens with little lab coats and glasses. Meeples clearly aren’t adorable enough as it is without also being tiny gender-neutral scientists as well. 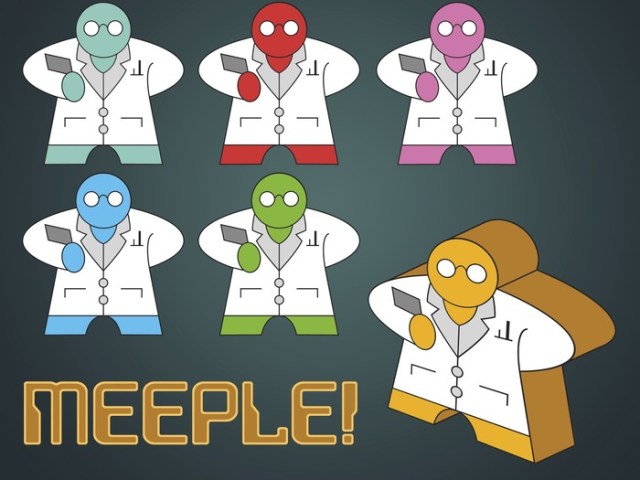 Speaking of gender-neutrality and other cool PC stuff like that, Elbowfish plans to make Antimatter Matters accessible to gamers with any form of color-blindness or limited fine-motor skills. The rules will be available as a downloadable audio file for those who have trouble reading due to dyslexia or vision-related concerns. Hooray! Science for everyone!

While I write this, the campaign is currently at $27,899 of its $33,000 goal with 413 backers and less than three days left. Come on, fund this project, guys! The future game-playing, science-understanding children of the world will thank you.