The Antares Rocket Finally Launched Over The Weekend, And Put Something Pretty Amazing Into Space 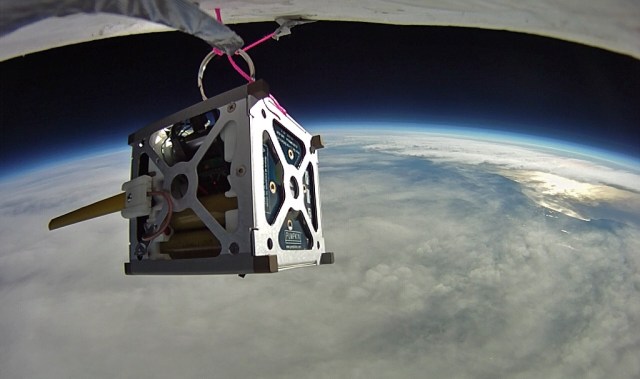 It took Orbital Sciences a few tries, but they successfully launched their Antares rocket on Sunday. The rocket’s primary payload was just a “mass simulator” that was standing in for their Cygnus capsule, but it also launched three of NASA’s new PhoneSat micro satellites. The PhoneSats are built with off-the-shelf items like Android phones, and NASA wants you to help track them.

Jasper Wolfe of NASA called the Phonesat project, “a kind of demonstration effort.” He also says that on a personal note, he thinks they’re cool. They show that future spacecraft could potentially make use of cheap and readily available consumer equipment such as smartphones. The Antares launch put three of the PhoneSats named “Alexander”, “Graham”, and “Bell” into orbit. Two of these are PhoneSat 1.0 models, with the third — we assume Bell — being a PhoneSat 2.0 prototype.

The 1.0 models are built around HTC Nexus One phones running on Android and run on battery power. The 2.0 beta PhoneSat is powered with solar panels and has a Samsung Nexus S at its heart. The 2.0 also has a GPS receiver and electro magnets that interact with the Earth’s magnetic field. It can also be controlled from Earth while in flight using reaction wheels.

While the PhoneSats are in orbit, NASA is encouraging amateur radio operators to participate in the mission by downloading and uploading packets of data to and from the tiny satellites. Interested in taking your Ham radio hobby to the next level? More information on that can be found at Phonesat.org. The site also features a map showing the orbital path of Alexander, Graham, and Bell.

(via NASA and Phonesat.org, image via jurvetson)