After Some Trouble, SpaceX Dragon Capsule Docks Successfully With ISS 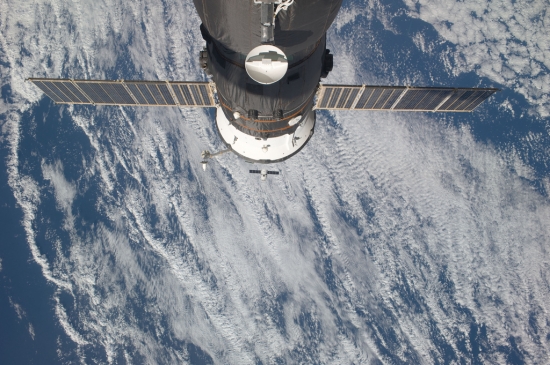 Just minutes after its Friday morning launch, the SpaceX Dragon craft ran into some trouble. Shortly after separation from the Falcon 9 rocket, three out of four of the Dragon’s thruster pods failed. Engineers on the ground worked quickly to fix the situation, and this morning the Dragon capsule is safely docked with the International Space Station. So what went wrong?

SpaceX CEO Elon Musk said, “It was a little frightening. We noticed after separation that only one of the four thruster pods engaged or was ready to engage, and then we saw that the oxidizer pressure in three of the four tanks was low.”

The Dragon spacecraft was unmanned, but it’s obviously a little frightening whenever things go wrong with the giant rocket you’re shooting into space. Musk had a guess as to what exactly went wrong, “We think there may have been a blockage of some kind or stuck check valve going from the helium pressure tank to the oxidizer tank,” he said, “Whatever that blockage is seems to have alleviated.”

According to Musk, they had one or two days to solve the problem before the Dragon experienced unacceptable orbital decay, and an unplanned return to Earth that would have resulted in a total mission failure. Whatever caused the problem during launch, the Dragon appears to be working as expected now.

Unless three of the four thruster pods were firing properly, NASA would not have given the go ahead for the Dragon to dock with the ISS, but shortly after 9:00 a.m. this morning NASA announced the joining of the two spacecraft via Twitter:

Although the trouble with the thruster pods caused a delay in the mission, the SpaceX Dragon is expected to return home as scheduled on March 25th.