And here I always thought the ice was just... frozen to the... okay I lied, I haven't ever thought about it. 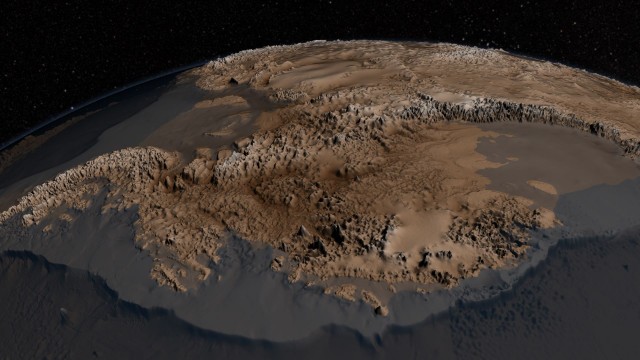 We were all of the mind that humanity had basically done all the mapmaking it was going to do back when the King of Portugal was still footing the bill, but apparently cartography is alive and well as a field of study! Won’t Buster Bluth be pleased? Well, probably not, because he’d probably hard a hard time keeping up with the scientists at the British Antarctic Survey, who have expanded upon and improved their datasets of the topographical map of Antarctica to create a brand new set of images that they’ve been calling Bedmap2. If the blue part is the land, what will he think of the white part?

While Antarctica may seem like an unimportant hunk of ice with a bunch of adorable penguins on it, the ice on the continent does a lot to affect ocean currents and sea levels, and will probably be an important factor in understanding climate change in the future. Both Bedmap2 and the original datasets, called Bedmap, are created with data collected from satellites, aircraft and surface-based surveys conducted by the BAS and by NASA’s Ice, Cloud and Land Elevation Satellite (also known as ICESat), and Operation Ice Bridge. Scientist Peter Fretwell and the rest of the British Antarctic Society team look at the surface elevation, ice thickness, and bedrock topography to put together the images you’re looking at now.

Here’s a picture of the continent with its top layer of ice (and if you go onto the NASA website, you can toggle from one to the other to see the difference firsthand): 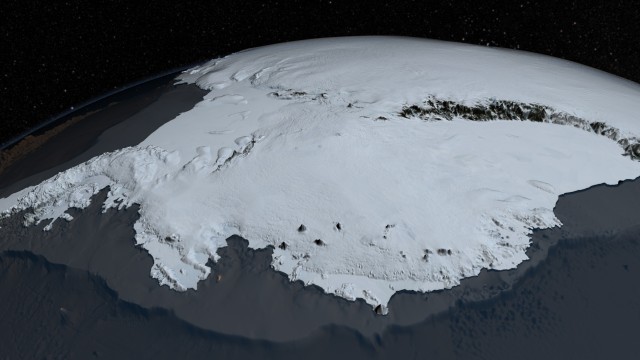 Is it just me, or do the two images look kind of like the opening credits of Game of Thrones, but Before and After Winter? I mean, I guess not since the part of the coastline we’re seeing here looks a bit like Dorne and Dorne never sees any snowfall compared to the rest of Westeros. I would ask NASA about it, but they’ve probably got their hands full with, you know, reality.