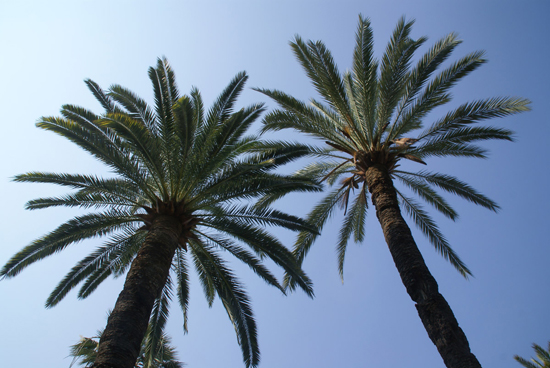 Climate change is a thing that happens. The current argument, though, isn’t really about whether it happens, but whether humans, as a species, are causing it to happen faster than it naturally would occur. Antarctica, for example, wasn’t always covered in ice. It was once a bustling landmass like any other. Scientists drilling on the edge of the continent have now discovered proof that it even had palm trees once upon a time.

The time period that the findings date back to, the early Eocene, is of great interest to those studying the current climate and how it might shift over time. James Bendle, one of the co-authors of the study, explained to the BBC why scientists are increasingly looking to the early Eocene as a way of understanding our climate’s pattern:

There are two ways of looking at where we’re going in the future. One is using physics-based climate models; but increasingly we’re using this ‘back to the future’ approach where we look through periods in the geological past that are similar to where we may be going in 10 years, or 20, or several hundred[.]

The study suggests that winters in Antarctica during the period were above 10 degrees Celsius — or 50 degrees Fahrenheit — and summers exceeded 25 degrees Celsius — or 77 degrees Fahrenheit. That’s a nice balmy sort of weather now, but keep in mind that this is currently the coldest place we have and add to that the fact that some of the lands have certainly shifted since the early Eocene. Continental drift is also still a thing.