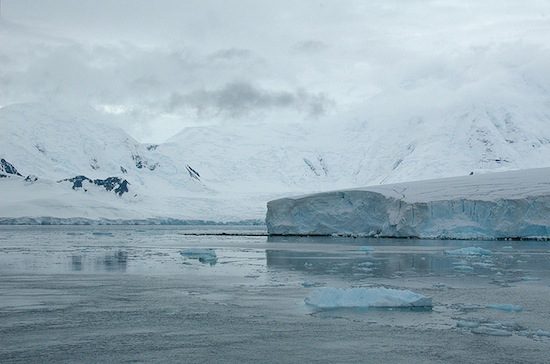 A new study of Antarctic ice suggests that the continent may be harboring enormous stores of methane just beneath surface layers of ice. Okay, has everybody made their fart jokes? Good. Moving on. The main ingredient of natural gas and a common byproduct of digestion in everything from cows to people to microorganisms, methane is the among the big bads of the greenhouse gas world. It’s super effective at trapping heat, trapping more than 20 times as much heat in the atmosphere than its more well-known cousin, carbon dioxide. Research published in the journal Nature suggests that there are more than 4 billion metric tons of methane underneath Antarctica’s ice sheets. If that ice melts, releasing the methane stored underneath, the resulting gasses could contribute significantly to climate change. It’s like the rich getting richer, only with instead of money, you have a greenhouse gas, and instead of investing wisely, everything melts.

Methane stores in the Arctic have long been seen as a cause of concern to climate researchers, who now have one more thing to worry about, because things did not look bad enough. 4 billion metric tons would be on par with what scientists expect is locked in swiftly melting Arctic pack ice. While it wasn’t known what sort of methane stores might be in place at the southern tip of the planet, this shouldn’t come as a huge shock. What it should come as is a heads up that continuing ice loss at the poles has the potential to turn into a vicious cycle.

Antarctica wasn’t always a cold, dead place. Millions of years ago, critters bounded over slopes free of ice there. Some of them would have died there, and been digested by microbes, which produce methane as they consume organic matter. A new set of studies by researchers from UC Santa Cruz and the University of Bristol have found that sub-ice conditions  in the Antarctic are conducive to the production of methane there. Given the low temperatures and high pressure, the most common form would be methane hydrate, a solid form of methane formed when the gas is suspended in ice.

Right now, the research is just a model, based on researchers’ best guesses given the data on hand, so methane reserves below the Antarctic ice shelf might not be as large as predicted here. Until we do the research, we’re left in the dark with a pretty scary prediction. So let’s get someone down there to figure this out for sure, like, now, okay? Thanks.