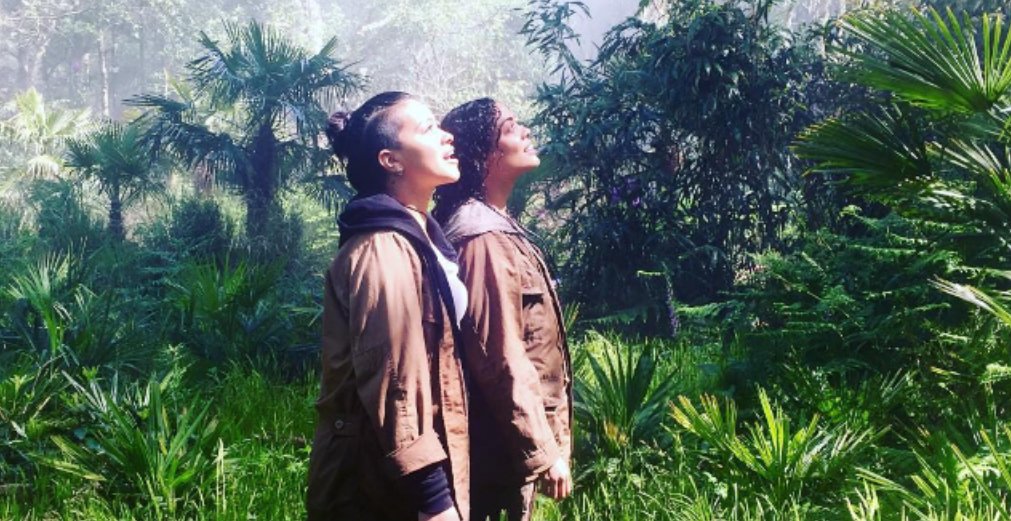 Based on Jeff VanderMeer’s book of the same name, Annihilation follows four female scientists (known by their areas of expertise; the biologist, the psychologist, the surveyor, and the anthropologist, respectively) as they try to uncover what happened to the biologist’s husband (Oscar Isaac) and his team of researchers, who disappeared while studying Area X, a pristine ecosystem cut off from the rest of the developed world.

Tessa Thompson and Gina Rodriguez have begun sharing photos taken on the set of the film, and it looks like we can expect Area X to be a glorious, unsullied, eerie paradise. The pictures also feature Thompson and Rodriguez bathed in beautiful magic hour light, and appear to show off some of their costumes. Annihilation unfortunately doesn’t have a release date yet, but these magical ‘grams make me even more excited for it.

Take a gander for yourself:

Lit with the magic of movie making, on Annihilation, with my sunshine @hereisgina 🔋🌿 . Photo by director Alex Garland

Cinematographer Rob Hardy’s feed also indicates that, if nothing else, Annihilation is going to look amazing: