It's a trilogy known for its dearth (heh heh) of male characters. 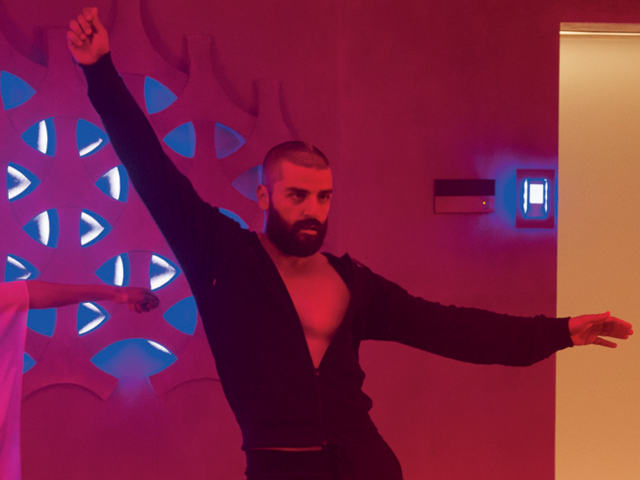 As Vanity Fair so eloquently puts it, the Internet’s boyfriend, Oscar Isaac, will be taking on the archetypal “ghost wife” role in Annihilation, Alex Garland’s (Ex Machina) next project. He’ll be playing Natalie Portman’s husband, whose team of scientists all died while studying the mystery surrounding a place known as Area X. Portman’s character (a biologist) joins three other female scientists to carry out the study. The other three scientists are played by Tessa Thompson, Gina Rodriguez, and Jennifer Jason Leigh.

Each of these women is known only by their profession: the biologist, the psychologist, the surveyor, and the anthropologist. Portman’s character is mostly motivated by her wish to find out what happened to her husband. Since the movie centers on these women and the mysterious, inexplicable things that happen during their journey, one can expect Isaac’s role to be fairly minor, much in the same way Marion Cotillard’s role was in Inception. In fact, the movie sounds like it parallels much of Inception: a crack team going into a mysterious place to carry out a mission, all the while being haunted by the memory of a “ghost husband” who ends up being the focus of one of the characters.

Truth be told, that’s where I hope the parallels to Inception cease. I get excited thinking about brand new, original sci-fi movies because in a genre that’s fairly tired, I think brand new stories are exactly what the doctor ordered, so to speak. Given Garland’s excellent work on Ex Machina, and considering Isaac’s involvement in the same movie, Annihilation will be a project that should be pinging pretty brightly on everybody’s radar.

For those of you who can’t wait, you can check out the novel of the same name on which the movie is based, written by Jeff VanderMeer. It’s one of a trilogy of books, called the “Southern Reach” trilogy, all of which came out in 2014. Annihilation in particular is a story known for its dearth (see what I did there) of male characters—at least, if the replies to VanderMeer’s announcement above are anything to go by. If this holds true and Hollywood doesn’t muck it up by taking so-called “creative license,” and if this trilogy does well, then the long game implications are that we could hopefully see more mostly-female-led movies and trilogies down the line.

Now that would be a hell of a thing.