The cups are stacked against us. 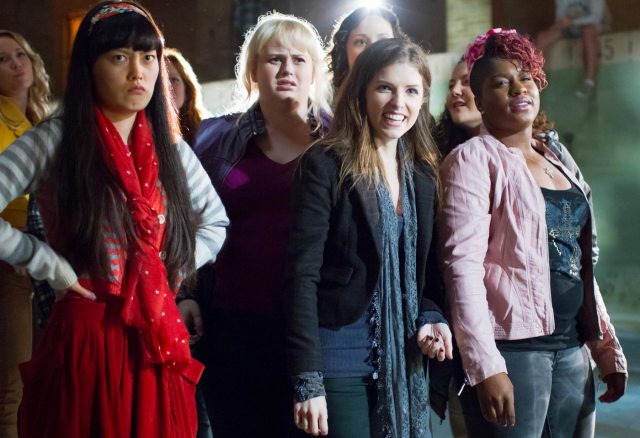 The film industry’s pervasive sexism is evident in everything from its obsession with male-dominated stories to the jokes shared during press junkets, so it’s no surprise that, as a woman in Hollywood, Anna Kendrick has frequently been reminded that she’s less valuable than her male peers. Not surprising, but still not okay.

In an interview for her Glamour cover, the Pitch Perfect 2 star addressed the lack of sequels to female-led comedies (“Charlie’s Angels, Miss Congeniality are the ones I can think of”) and called out Hollywood’s sexist casting practices:

There’s [a film I’m considering] now where I have to wait for all the male roles to be cast before I can even become a part of the conversation. Part of me gets that. [But] part of me is like, “What the f–k? You have to cast for females based on who’s cast as males?” To me, the only explanation is that there are so many f–king talented girls, and from a business standpoint it’s easier to find women to match the men. I totally stand by the belief that there are 10 unbelievably talented women for every role.

Kendrick also has experience with the objectification women in Hollywood often face once they do manage to secure a role—earlier this year she made headlines and started a #BossPitch trend online after refusing to strike an incongruously sexy pose for a Pitch Perfect 2 poster.

But the actress maintains that women in Hollywood aren’t necessarily pitted against each other by working in a male-dominated field: “I don’t think it makes you more competitive. If anything, it bonds you because we’re all dealing with the same problem.”