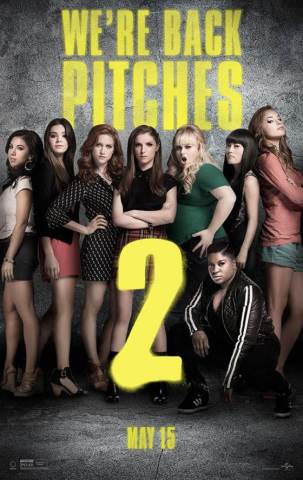 Pitch Perfect 2 doesn’t seem like a movie where overt sexiness is an advertising necessity (too much projectile vomiting in the original for that), but Anna Kendrick’s decision to fold her arms instead of pose alluringly in the above poster wasn’t initially very popular; according to Kendrick, “they were sweating because I wouldn’t strike a sexy pose.”

Thankfully, Pitch Perfect fans quickly took to Instagram to show Kendrick how much they appreciated her ‘boss pitch’ stance: 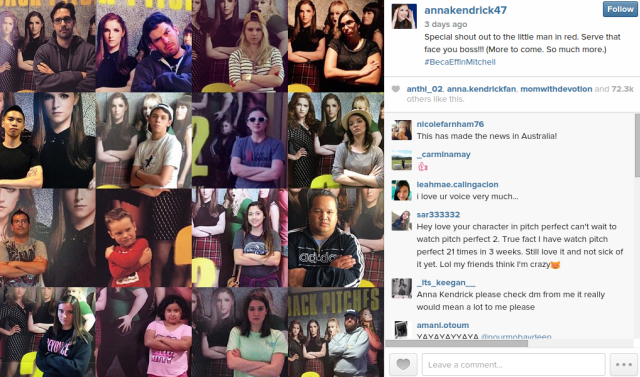 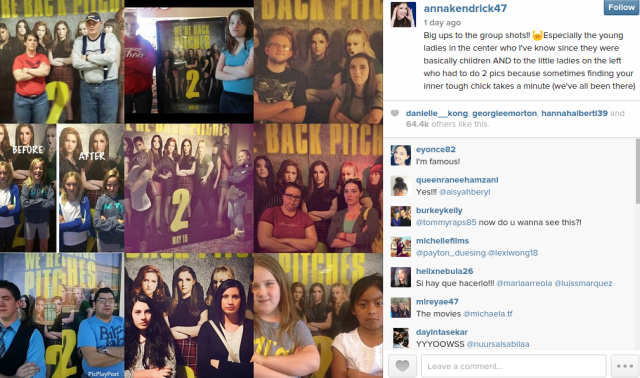 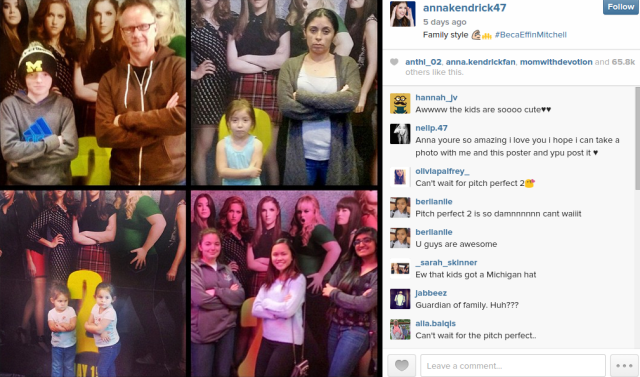 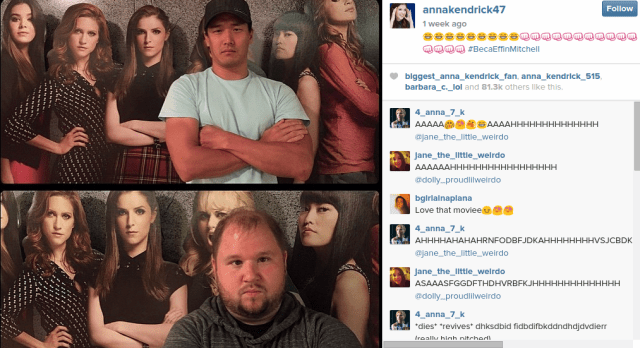 You guys are all boss pitches!