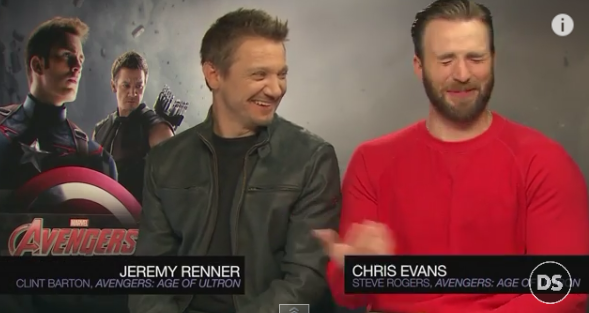 After a video interview in which they refer to Scarlett Johansson’s Black Widow character as a “slut” and a “whore” (in addition to laughing at people who wear prosthetics) caused a controversy online, Chris Evans and Jeremy Renner have issued statements to Entertainment Weekly addressing their critics. I would say they issued apologies, but really, Renner? Really?

In his statement, Evans explained

Yesterday we were asked about the rumors that Black Widow wanted to be in a relationship with both Hawkeye and Captain America. We answered in a very juvenile and offensive way that rightfully angered some fans. I regret it and sincerely apologize.

I am sorry that this tasteless joke about a fictional character offended anyone. It was not meant to be serious in any way. Just poking fun during an exhausting and tedious press tour.

Cool “apology,” bro. Kudos to Evans for actually acknowledging his mistake and the harmful effect that gendered slurs can have, regardless of intent.