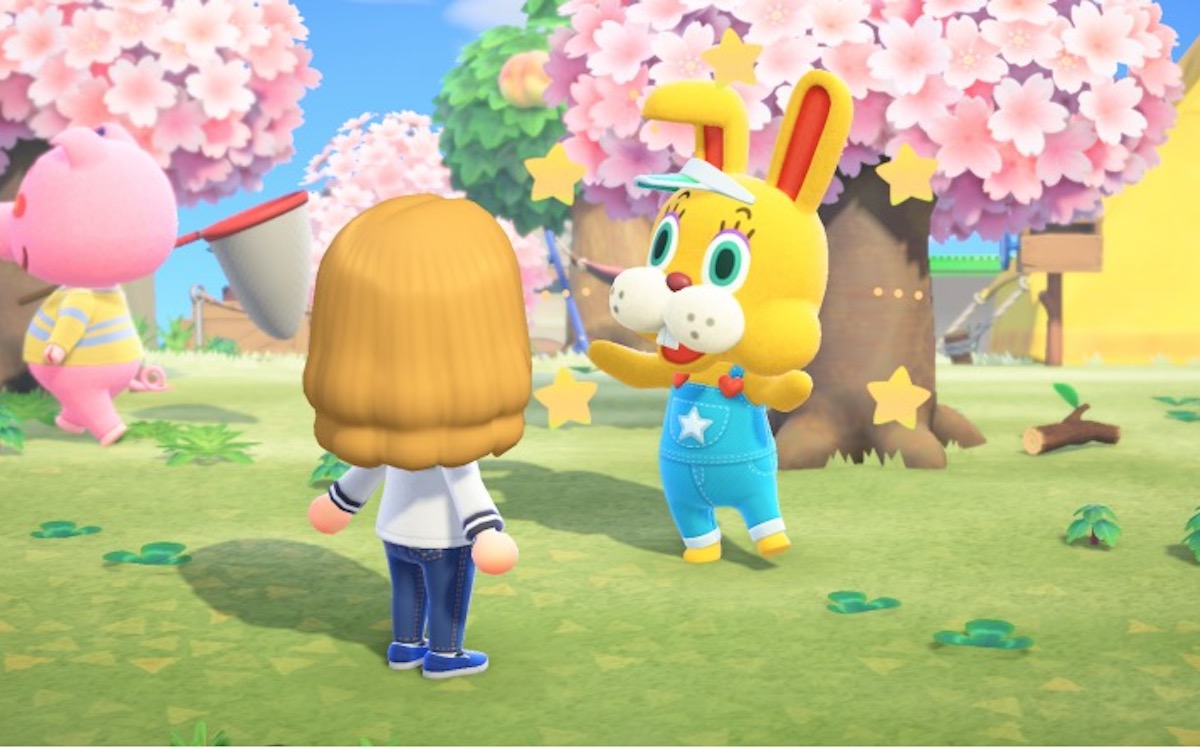 I pity those who hopped on the Animal Crossing train the same time as this bedeviled Bunny Day event. Yet thankfully, someone up above heard our lamentations and will free us from the overwhelming amount of eggs—for now.

According to IGN, Nintendo has reduced the number of “some eggs” players will find in Animal Crossing: New Horizons’ Bunny Day event. Thank goodness, because for those who still need things like gold, iron nuggets, and actual gifts from balloons, the onslaught of random eggs has hindered some progress.

This update was revealed in a set of patch notes from Nintendo, which read: “During the Easter event, the appearance rate of some eggs has been adjusted until April 11, 2020.” Sadly, it also says that the rate of eggs will increase again on April 12th to commemorate Easter Sunday.

So, our problems will be resurrected at the same time as Jesus.

me attempting to talk to my beloved animal crossing villagers and getting the same tutorial dialogue about bunny day yet again pic.twitter.com/EgcGAVCJSN

This in-game event, was caused by the arrival of Zipper the “rabbit.” Much like Dawn in season five of Buffy, he appeared out of nowhere and has caused a slight decline in enjoyment due to having vastly changed the dynamic of the game.* Zipper plagues the island with countless eggs—eggs from the sky, eggs in the water, eggs in trees, eggs in rocks … It’s absolutely maddening.

Especially when some of us just want normal resources to try to upgrade ours to a 3-star town so we can get K.K. to arrive and perform this concert! As someone who is making a lot of progress, but is avoiding time travel just to enjoy the process of the game, the eggs have been annoying. The things you can make with them are overwhelmingly ugly, and as someone who already hates real eggs, I am not amused.

Thankfully, there is enough good to do in Animal Crossing that even this hasn’t stopped me from logging in. Since yesterday was my birthday, the people on my island threw me a surprise party that put a genuine smile on my face. That sort of thing highlights why this game is so joyful (even with eggs). It celebrated the overwhelming goodness of playing a game that sets low enough standards that you can just relax, but also allows you to interact and change.

If you have been tempted to dive into the game, don’t let this turn you off—especially since the event is almost over!

(*I actually really like Dawn in Buffy, but she is a jarring change if you don’t already know she’s going to show up. But Dawn >>> Zipper>Conner.)

—The Mary Sue has a strict comment policy that forbids, but is not limited to, personal insults toward anyone, hat