Who do you think should play Jaime Reyes? 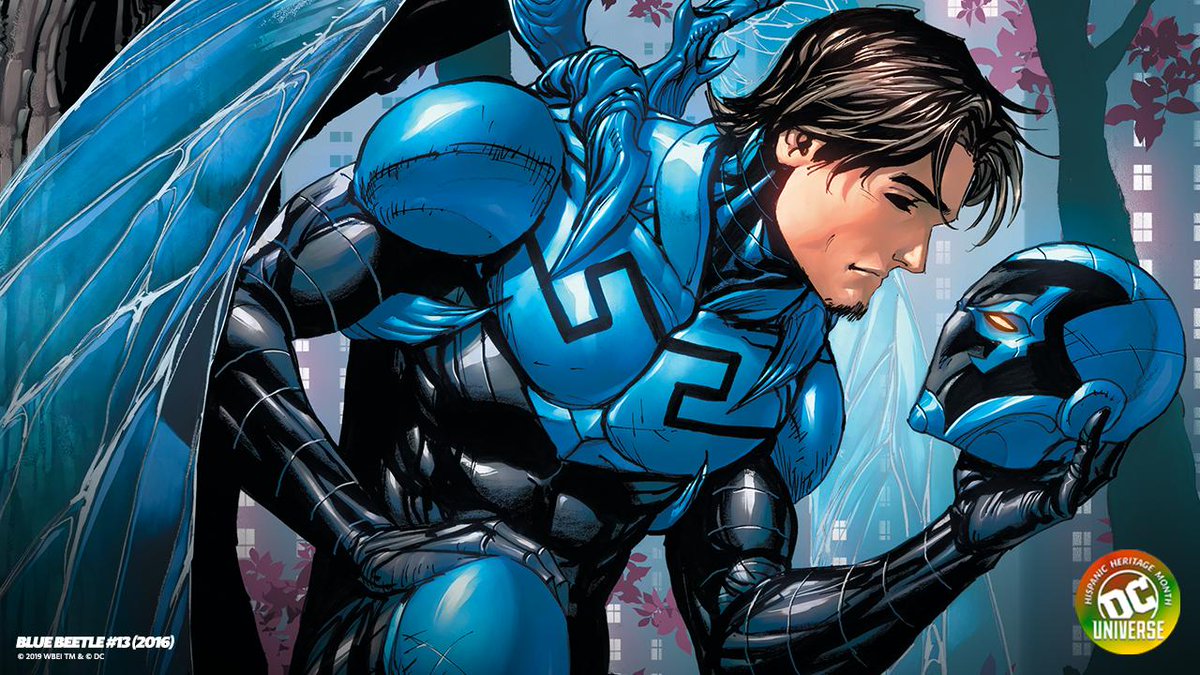 It’s been nearly two and a half years since Warner Bros. and DC Films announced they were bringing Blue Beetle to the big screen. Now, the studios have announced that they’ve found a director for the film. Angel Manuel Soto (Charm City Kings) will helm the film, with a script from writer Gareth Dunnet-Alcocer, who wrote Miss Bala and Universal’s upcoming Scarface remake.

“It is an honor to direct Blue Beetle, the first Latino superhero film for DC,” said Soto. “I want to sincerely thank everyone at Warner Bros. and DC for trusting me to bring Jaime Reyes to life. I can’t wait to make history together.”

Like most superheroes, the Blue Beetle mantle has been worn by several different characters. This version will follow Mexican-American teen Jaime Reyes, the third Blue Beetle, making him the first Latinx superhero to hit the big screen. Reyes was created by Keith Giffen, John Rogers, and Cully Hamner in 2006, and was introduced in Infinite Crisis #3 (February 2006). Reyes, a working-class El Paso teenager, discovers a mystical scarab of alien origin. The scarab bonds with Reyes and provides him with a suit of extraterrestrial armor in an origin story that is part Iron Man, part Venom. Reyes later joins the Teen Titans and the Justice League.

Jaren Brandt Bartlett portrayed Jaime Reyes in the tenth season of Smallville, and Reyes also appeared in the animated series Batman: The Brave and the Bold and Young Justice: Invasion. The character has also appeared in several animated films, TV series, and video games.

Despite making strides in inclusion over the years, Latinx heroes have been denied leading roles. On the small screen, Marvel has introduced Latinx heroes like Ghost Rider (Gabriel Luna) and Yo-Yo Rodriguez (Natalia Cordova-Buckley) on Agents of S.H.I.E.L.D., as well as Molly Hernandez (Allegra Acosta) and Gertrude Yorkes (Ariela Barer) on Hulu’s Runaways.

But with the planned Ghost Rider series scrapped, and both series canceled, there has been very little Latinx representation. All we have is Luis (Michael Peña) from the Ant-Man films and Cisco Ramon on The Flash. But the future looks much more inclusive, with The Baby-Sitters Club’s Xochitl Gomez joining the cast of Doctor Strange in the Multiverse of Madness (possibly as America Chavez?) and Salma Hayek starring in Marvel’s Eternals as Ajak. And Narcos: Mexico star Tenoch Huerta will play an as-yet-unnamed antagonist in Black Panther 2. DC and Warner Bros. have more film representation in minor roles, which includes El Diablo (Jay Hernandez) in Suicide Squad, and Renee Montoya (Rosie Perez) in Birds of Prey. Last week, in another major step forward, Boston-born Colombian actress Sasha Calle was cast as Supergirl in The Flash movie.

The original Blue Beetle was created by Fox Comics in 1939 and later owned by Charlton Comics, before being acquired by DC Comics in 1986. The first Beetle was Dan Garrett, who initially gained superpowers from a special vitamin. This was later changed to him getting his powers from an ancient Egyptian scarab.

There’s no word yet on casting, but the studio is set to begin filming sometime this fall. Who do you think should play Jaime Reyes? I’d love to see Jorge Lendeborg Jr. (Bumblebee) or Christian Lee Navarro (13 Reasons Why) in the role.