We asked one of our contributing writers, Amanda LaPergola, to create a series of geek-inspired Valentine’s Day cards like she did in 2012. We asked if that was something she would be able to handle.  She said it was.  We asked if she would be able to make the deadline (sometime before Valentine’s Day).  She said that would be no problem.  We asked if she was really, really, really sure that this was something she wanted to do and was capable of handling on her own.  She through her head back and laughed.  And that is how we left things with her.

This afternoon, we had heard nothing from Amanda, and we assumed that no Valentines would be had.  Just as we were about to close up Mary Sue Headquarters, a woman arrived at the offices.  This woman, we assumed, was Amanda’s mom.  She handed us a single piece of paper, shrugged, and left before we could ask her anything.

This is the paper we were given… 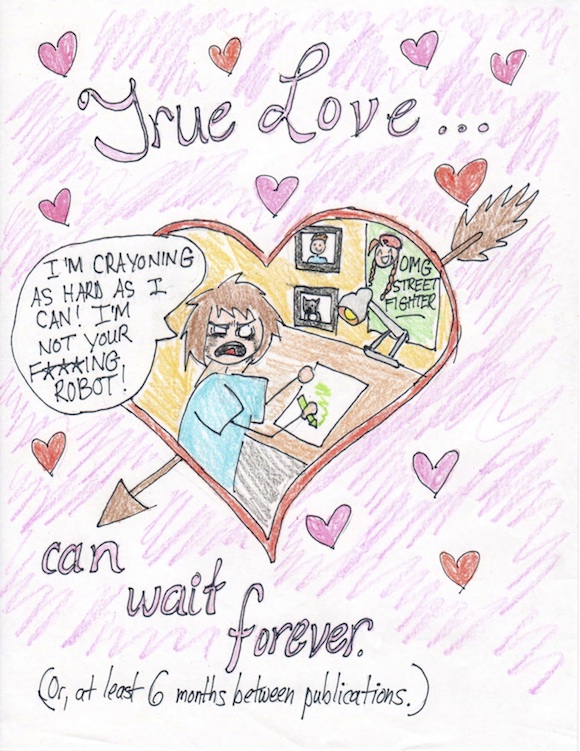 If you do need some geeky Valentine’s cards, look here or here or even here.  Although, you should have gotten yours earlier.

And now, for your other Valentines needs:

Amanda LaPergola is a New York-based actor and writer and she is really looking forward to dusting off the Sega Genesis while enjoying a fine off-brand cronut, the way Valentine’s Day was meant to be enjoyed.  Follow her tweets @LaPergs.