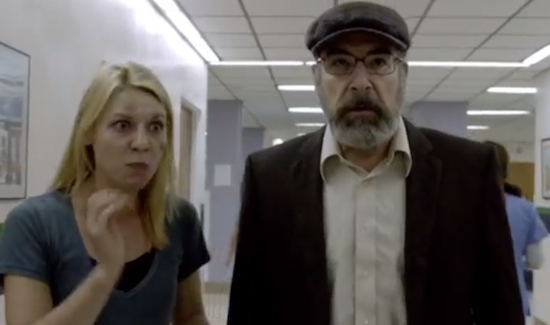 If this were any other situation, the only logical reason behind one drawing parallels between two otherwise incongruous shows like Homeland and It’s Always Sunny in Philadelphia is that they watch way too much television for their own good. This time, however, YouTube user SGeorge244 might have just uncovered a much larger conspiracy going on at FX and Showtime. It just so happens that our favorite characters from these aforementioned shows, the terrorist-hunting Carrie Mathison and madcap Charlie Kelly, both suffer from socially crippling cases of apophenia and are surrounded by simpleminded friends who can’t see the forest for the trees.

Forget about Saul, David Estes, and all those other doubting Dannys over at the CIA that never believe Carrie and push her over the edge. Pair her up with Charlie and we guarantee the two of them would find Abu Nazir and his entire terror cell within a week. It would probably take even less time if they’re hopped up on coffee and listening to nothing but jazz music.