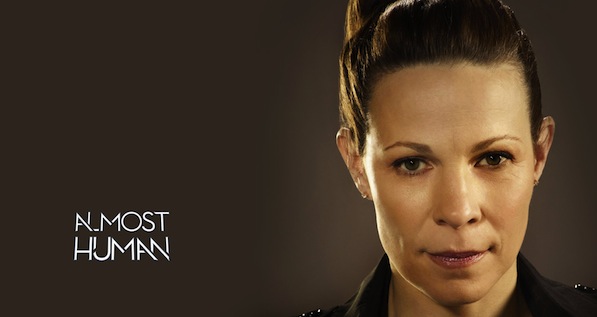 Producer Joel Wyman explains how Almost Human‘s Maldonado went from a being a male police captain to one played by actress Lili Taylor.

“Originally we conceived her as a man, the concept of Maldonado. Somebody had brought up, I’m not sure, I think it was April Webster, our casting director, that said ,’What about Lili Taylor?’ Then once we started talking about, we are huge fans of hers, that concept we realized that the character of Maldonado would actually be far superior if it was a woman.

The character started to take on all these incredible aspects that really weren’t there in a male version of her. We just embraced the idea and we’re so fortunate to get her because we just all really adore her. That’s how that came about. It wasn’t originally designed as a female, but we went down that road when it was presented and we loved it.”

This isn’t the first time that a character’s gender has been swapped in production. We’re left to speculate how things might have been different if the writers had continued to view the character as male, and exactly what types of changes that the gender swap created in the writers’ perspective. Wyman also discussed how robotic sentience and ethics will be described in the show:

“J.J. [Abrams] had set us up with some very, very brilliant people from MIT, and one of the brilliant people was a woman who studies robot ethics, which is pretty amazing because when you talk to her, you get the idea that, wait a second, this is definitely coming. Some of the amazing things with these robots that are now what we see in the future are definitely robots, not human. They’re not becoming human, but they’re definitely becoming beings.”

It seems like they have the perfect opportunity here to explore robots and gender, and ways that gender is separate from biology and sexuality. That’s a lot to expect from a television show, maybe, but they have given themselves a very good set-up for dealing with that sort of theme. Maybe they’ll take it, or maybe they’ll let it lie. We’ll have cool robots, Karl Urban, and Lili Taylor regardless.