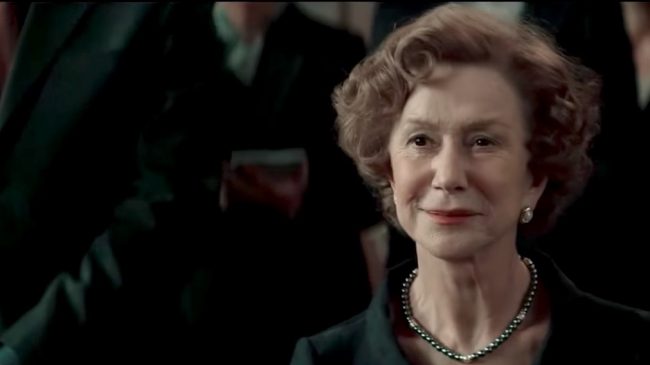 The term “anti-aging” is all over the beauty and cosmetics industry, reinforcing the idea that visibly growing older is something to fear and resent. It really draws out the inner Dorian Gray, and the medieval fear that every menopausal woman is a jealous witch ready to destroy your crops.

It’s also a fact that women, as they get older, get fewer opportunities, attention, and representation. Their worth is often tied up in their youthfulness, which is tied to their attractiveness. We frequently see woman pressured to go through procedures, surgeries, and expensive products to look youthful, only to be shamed for this by people who perceive her as desperate or unnatural. But age comes for us all, doesn’t it? Why are men allowed to become dignified, dad-bod, silver foxes while women are treated like they’re starting to decay? As much as people will say that we are somehow “predisposed” to be attracted to youthfulness, the truth is we have to attribute a great amount of that notion to representation and our social environment.

It’s appropriate, then, that in their issue featuring the inimitable Helen Mirren, Allure has promised to no longer use the term “anti-aging.” Mirren, an actual hero, has always been outspoken about sexism and wage equality in the industry, even calling the double standards that make female actors “too old” to play the romantic interest of an actor her exact age “fucking ridiculous.” She’s called out Shakespeare for this.

The Allure announcement begins, “But changing the way we think about aging starts with changing the way we talk about aging…Repeat after me: Growing older is a wonderful thing because it means that we get a chance, every day, to live a full, happy life.” It references the backhanded compliments of “She looks great…for her age” or “She’s beautiful…for an older woman.”

“Look at our cover star Helen Mirren, who’s embodied sexiness for nearly four decades in Hollywood without desperately trying to deny her age. I came across this quote from actress Samantha Bond that nails why we need more role models like Mirren: ‘Helen doesn’t appear to be frightened of aging and taking her sexuality with her. And it kind of gives her female audience the right to say, “Well, I can do that.”‘ And we can do that, too.”

Age is something to be proud of, rather than a shameful secret. It’s great to see industries start to acknowledge this, rather that fear-mongering women into spending their money as if a single crow’s feet means the end of their lives.

(via Allure, image: The Weinstein Company)