Actual Hero Helen Mirren Calls Out Male Creators on Ageism: “Even Shakespeare Did That to Us” 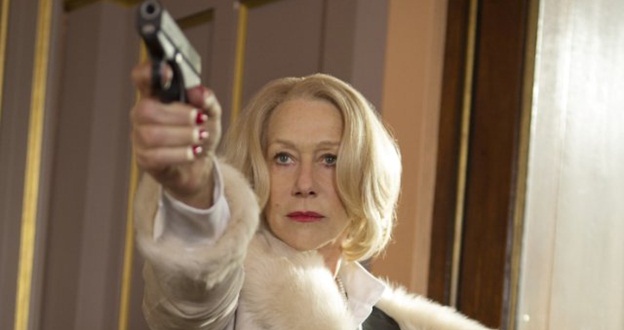 Earlier this year, Dame Helen Mirren dropped some truths about Hollywood’s “fucking outrageous” ageist double standards, and in a recent CNN interview, the actress continued not to mince words about male creators’ disdain for women and our mortality.

After explaining that continuing to get roles as an older woman in Hollywood is harder than it is for her male peers, Mirren pointed out that the film and TV industry is actually just following a grand established tradition:

[E]ven Shakespeare did that to us. As you get older, even the Shakespeare roles become [less substantial for older women] — that’s why we have to start stealing the men’s roles — doing like I did in The Tempest, [by changing the role of Prospero to] Prospera. And it’s great that a lot of women are doing Hamlet, doing Henry V, and I’m sure there will be a female Othello soon. And I love that. I think it’s absolutely great because, you know, why not?

Although the actress suggests gender-swapping as a means of combating sexism in established media like classical text, she also believes it isn’t a substitution for original representation, and says audiences should continue to “moan and complain” about how women are depicted in film.

Mirren also draws a parallel between the way fictional women are treated and the experiences of actual women: “as night follows day, as the roles for women in real life change, they will change [on screen].” I appreciate an influential actress like Mirren making that connection, because it quickly addresses the “calm down, it’s just a movie/TV show/classical author with little interest in depicting mature women” argument frequently offered by people who find themselves plentifully represented in media.

The issue isn’t just that women over the age of, what? Mid-30s? are considered to be past their expiration date by Hollywood; what concerns Mirren and other advocates for women in film is that sexist ageism in media is indicative of, and even inspires, ageism in real life.