Here Are All the Upcoming Superhero Films Directed by Women

The future (of superheroes) is female! 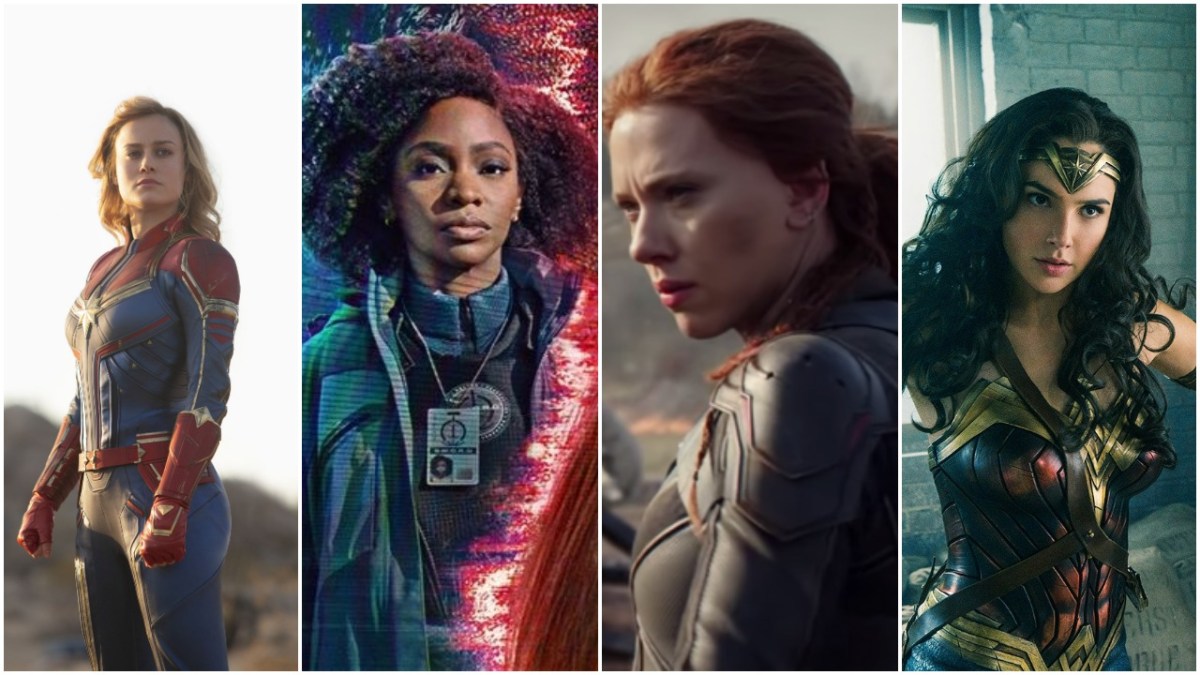 Yesterday, it was announced that Emerald Fennell (Promising Young Woman) would be writing an upcoming Zatanna film for DC Films. We’re excited to see what Fennell has in store for our favorite magician, but were also reminded of the slew of women-directed superhero films coming our way. Thanks to the massive success of Patty Jenkins’s Wonder Woman in 2017, studios seem to have finally realized that women like comic book films too (what a concept!) and have expanded their slates to include several female-fronted projects.

Following in Jenkins’s footsteps was Cathy Yan, who gave us last year’s lone bright spot Birds of Prey, and Anna Boden, who wrote and directed 2019’s Captain Marvel with Ryan Fleck. And the future of comic book movies? Well, it’s most certainly female. Here’s a comprehensive list of all the upcoming comic book films directed by women: 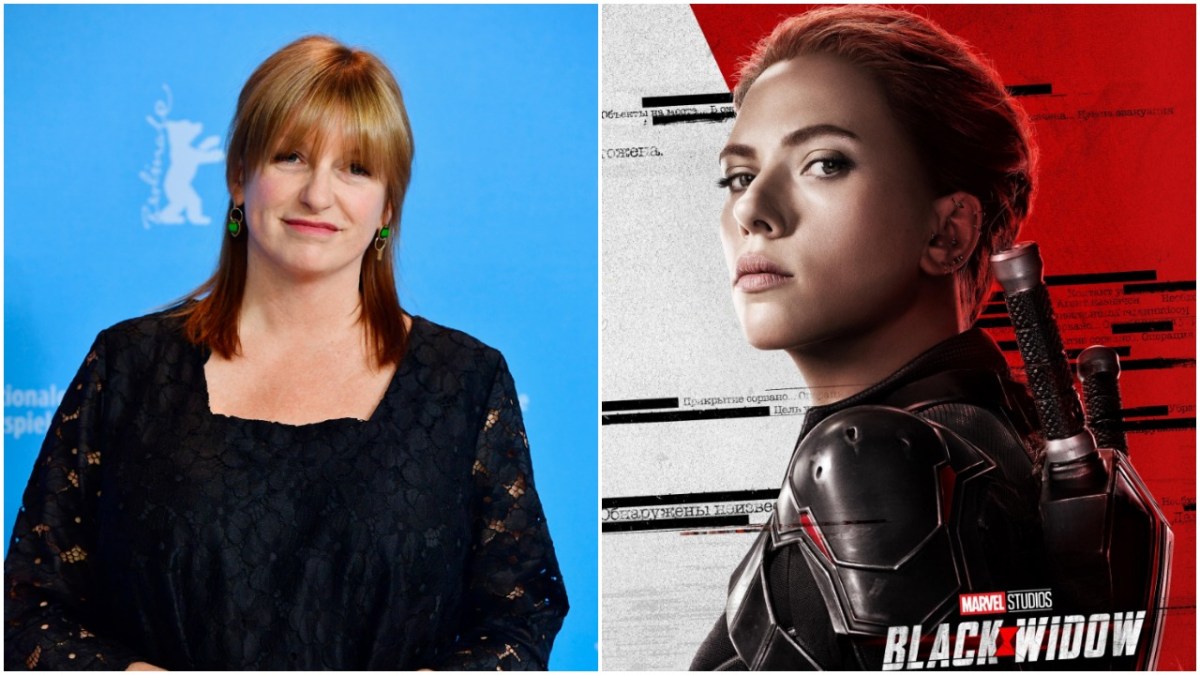 First up is the long-awaited Black Widow standalone film, whose release date has been delayed by the pandemic. The 24th film in the Marvel Cinematic Universe will take place between the events of Captain America: Civil War and Avengers: Infinity War. The film will follow Natasha Romanoff (Scarlett Johansson) as she confronts a conspiracy plot with ties to her past as a Russian spy. The film also stars Florence Pugh, David Harbour, and Rachel Weisz. Australian director Cate Shortland helmed the film, a follow-up from her critically acclaimed Berlin Syndrome. Black Widow hits theaters on May 7th, 2021 (Disney+ debut TBD). 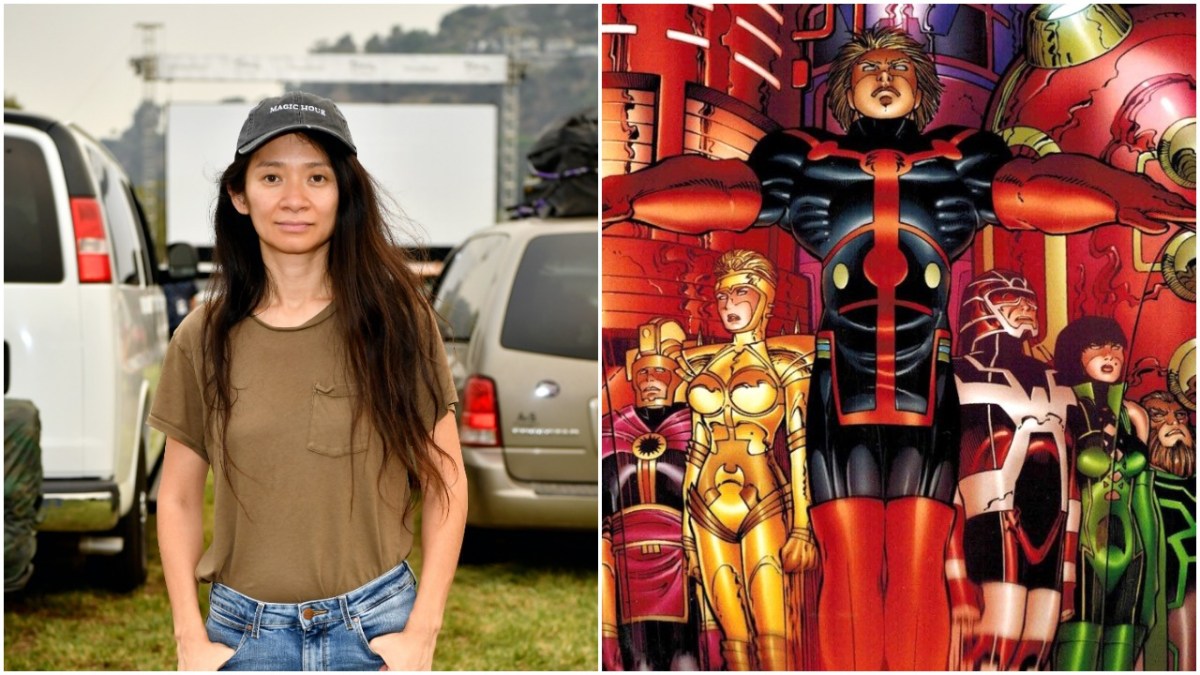 Marvel’s Eternals, perhaps their most ambitious film to date, features several firsts for the studio. Eternals will be the first MCU film to feature a gay superhero (Brian Tyree Henry as Phastos), a deaf superhero (Lauren Ridloff as Makkari), and a South Asian superhero (Kumail Nanjiani as Kingo). It will also be the first MCU film directed by a woman of color. Director Chloé Zhao is no stranger to breaking barriers: her 2020 film Nomadland has received dozens of awards and accolades, including a win for Best Director at the Golden Globe Awards, making her the first Asian woman to do so. She is also the first Asian woman nominated for Best Director at the Academy Awards, and many consider her the favorite to win. Eternals, which stars Angelina Jolie, Richard Madden, Salma Hayek, and more, is set to hit theaters on November 5, 2021. 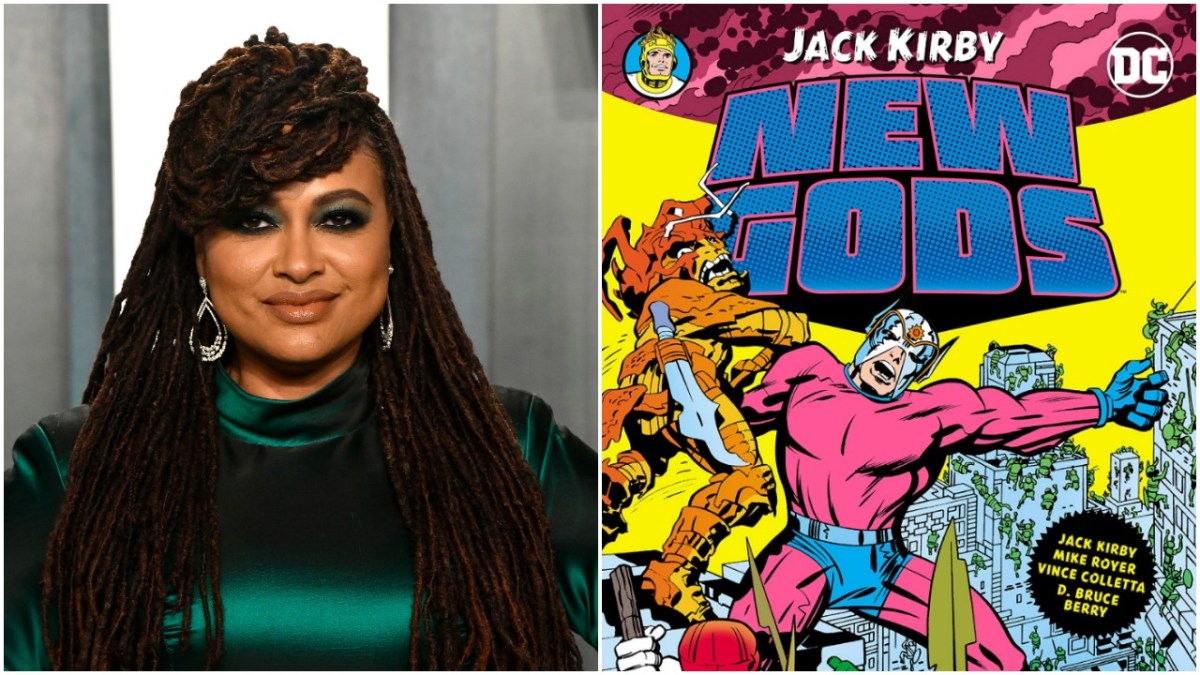 Switching over to the DC Extended Universe, we have Ava DuVernay’s New Gods. The Selma and A Wrinkle in Time director is the first Black woman to be nominated for a Golden Globe Award for Best Director, and also the first black female director to have her film nominated for the Academy Award for Best Picture. New Gods will be based on Jack Kirby’s legendary pantheon of gods created in the ‘70s for DC Comics that includes characters like Darkseid, Orion, Mister Miracle, and Big Barda. The film was announced in 2018, but is still in development, with no casting announcements yet and no release date scheduled. But you can expect a big role for DuVernay’s favorite character, Big Barda, and the Female Furies. 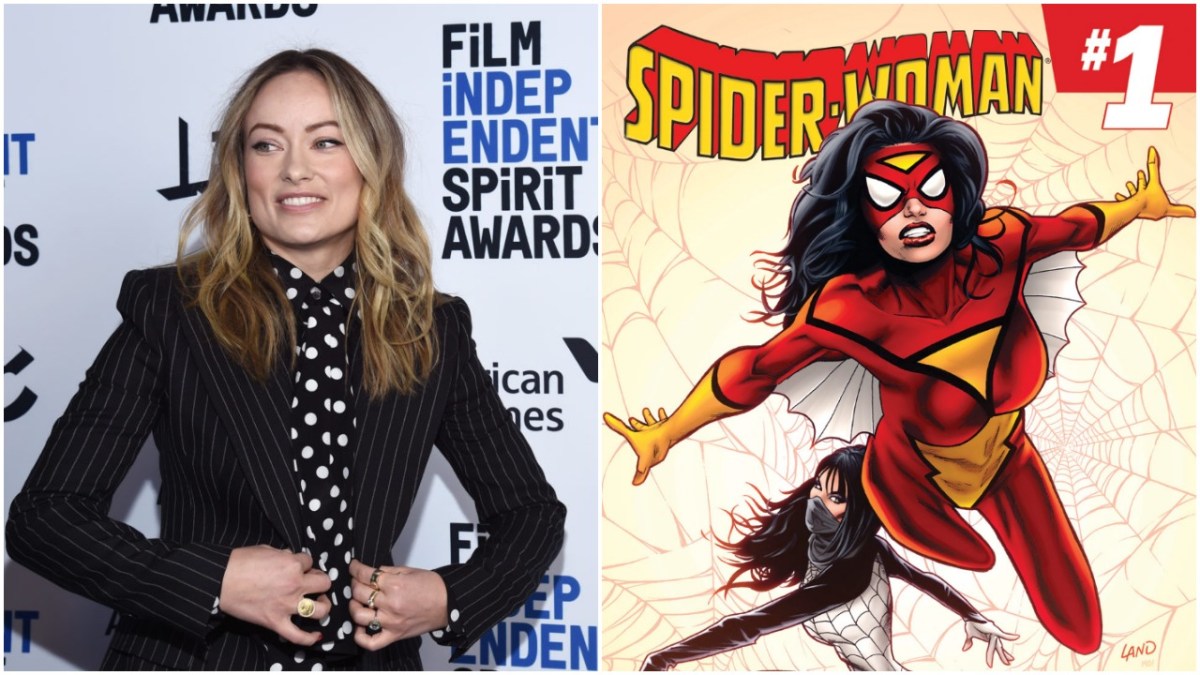 In August, it was announced that actress and Booksmart director Olivia Wilde would be helming a female-centered Marvel film for Sony. Many are assuming it’s a Spider-Woman/Jessica Drew standalone film, although Wilde was mum on the details, save for a tweet with a single spider emoji. Of course, it could be another web-centric female character (Spider-Gwen please!), but our money is on J. Drew. No casting or release dates have been confirmed. 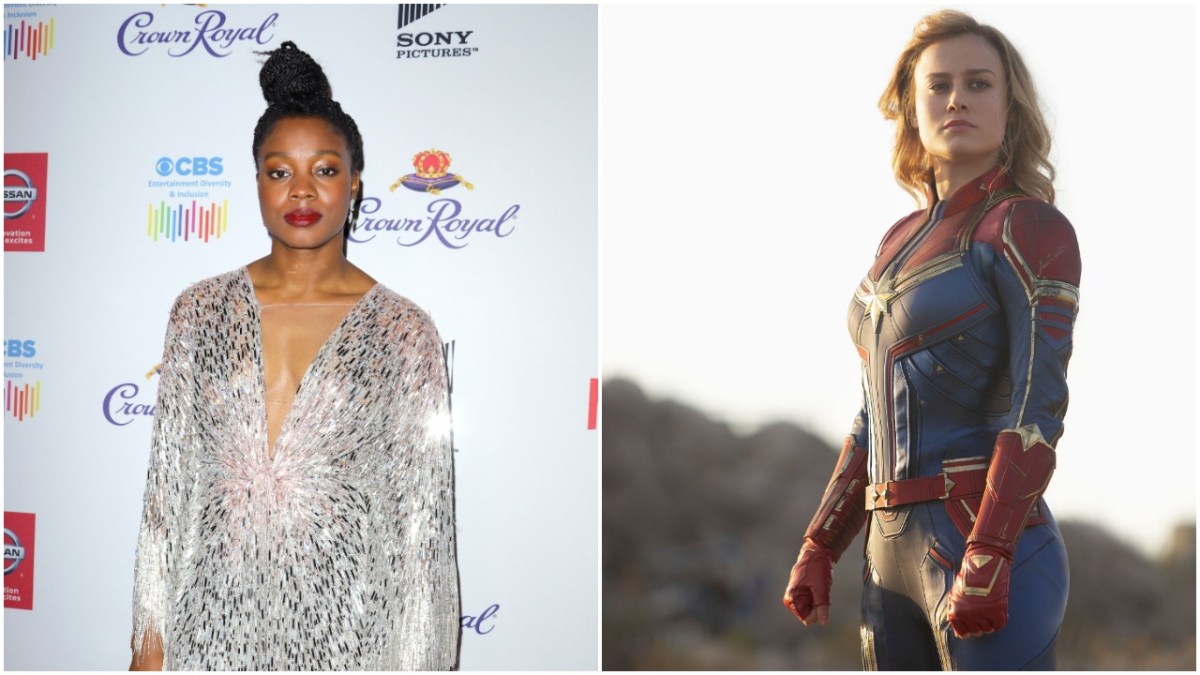 Captain Marvel 2 is getting an all-new director in Nia DaCosta. DaCosta, who helmed the upcoming Candyman reboot and Little Woods, will be the first Black woman to helm a film in the MCU. Captain Marvel 2 will also see the return of Monica Rambeau (Teyonah Parris), who made her debut in WandaVision. Captain Marvel 2 is set to be released November 11, 2022.

In other Spider-News, S.J. Clarkson has been tapped to direct another as-yet-untitled Marvel/Sony film. Clarkson (Jessica Jones, Orange is the New Black) was previously going to be the first woman to direct a Star Trek movie, but plans were scrapped because we can’t have nice things. While sources say the film will be centered on Madame Web, it’s still unconfirmed. 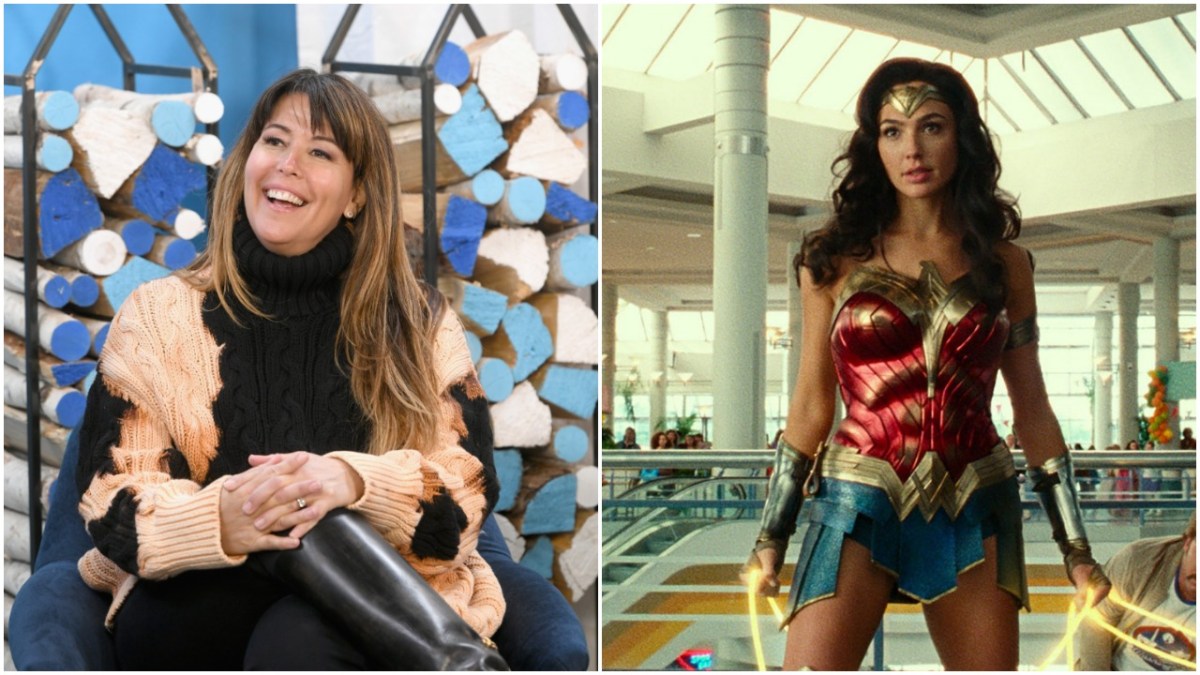 Patty Jenkins is on board to finish her Wonder Woman trilogy, which she has said will likely be her final Wonder Woman film. No details for the film have been released yet, other than Gal Gadot will return in the title role and the setting will likely be present day. Jenkins is also set to make history as the first female director of a Star Wars film, with Star Wars: Rogue Squadron.

So many movies! Which one are you most excited to see?