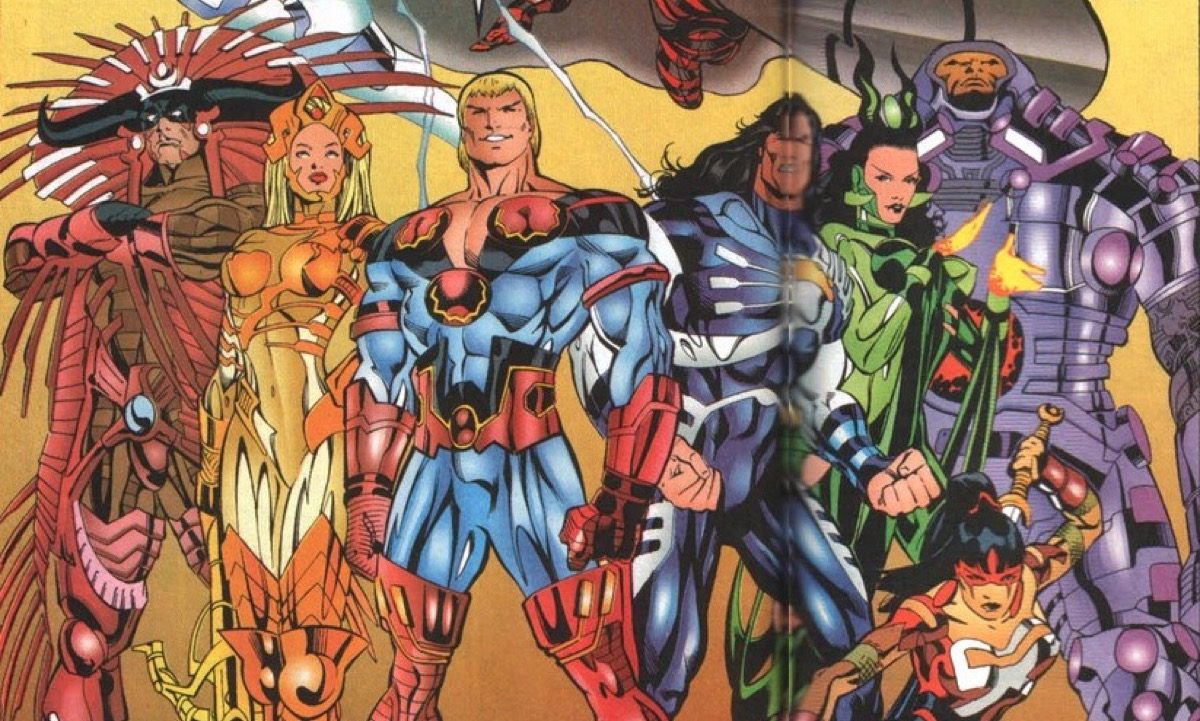 The Marvel Cinematic Universe has involved a lot of testing the waters along the way, and that’s worked out for the most part, though there are certain elements we don’t think they needed to wait on quite so long. So, the longer things go, the more risks they’re willing to take, and after the next Avengers installment creates a major shift in the way they do things, part of what that means is a movie about the Eternals.

Marvel’s always got a lot of ideas in motion, from their extensive library of possible characters, at any given time, and it’s sometimes hard to say which ones are actually going to happen. But the Eternals movie is moving into more solid territory now that it’s landed The Rider director Chloe Zhao, according to Variety, with Matthew and Ryan Firpo on writing duties.

As the name suggests, the Eternals have been around for a long time—not just in the real world, created by Jack Kirby in 1976, but for millions of years inside of Marvel’s comics universe. They even got a name-drop in Avengers: Infinity War, which isn’t surprising considering that Thanos himself is an Eternal, and name in question was that of Thanos’ father, A’lars, spoken by Red Skull when Thanos showed up looking for the Soul Stone.

Thanos is a bit of an oddball for an Eternal, though, as he also shares the characteristics of Deviants, who were created alongside the Eternals, by the Celestials, from evolutionary ancestors of humanity. (Celestials have already gotten an introduction to the MCU themselves by way of Peter Quill’s father, Ego.) The Eternals and Deviants have battled each other throughout history with built-in superior physical abilities on top of various powers, which feels like something we’ve been working up to all along.

When Marvel really got the MCU going with the first Iron Man movie, things were pretty grounded—for a superhero movie, anyway. Since then, Marvel’s cosmic level has been slowly introduced through Thor, the Chitauri in the first Avengers, the Guardians of the Galaxy, and now, Infinity War and Captain Marvel. We’ve been promised that the MCU is going to look very different in its next phase than it has in any of the previous ones, and jumping into the cosmic deep end with both feet with the Eternals would definitely fit right in with that.

Hey, they’re going to need to find some way to set up an arena in which Captain Marvel’s incredible power can actually be tested—and, Eternals marks the second Marvel movie (that we know of) to be directed by a woman, after Anna Boden and Ryan Fleck teamed up on Captain Marvel. Slowly, we’re finally seeing Marvel change things up more with its behind-the-camera choices, as well.