Madame Web Is Possibly Getting Her Live-Action Debut! | The Mary Sue 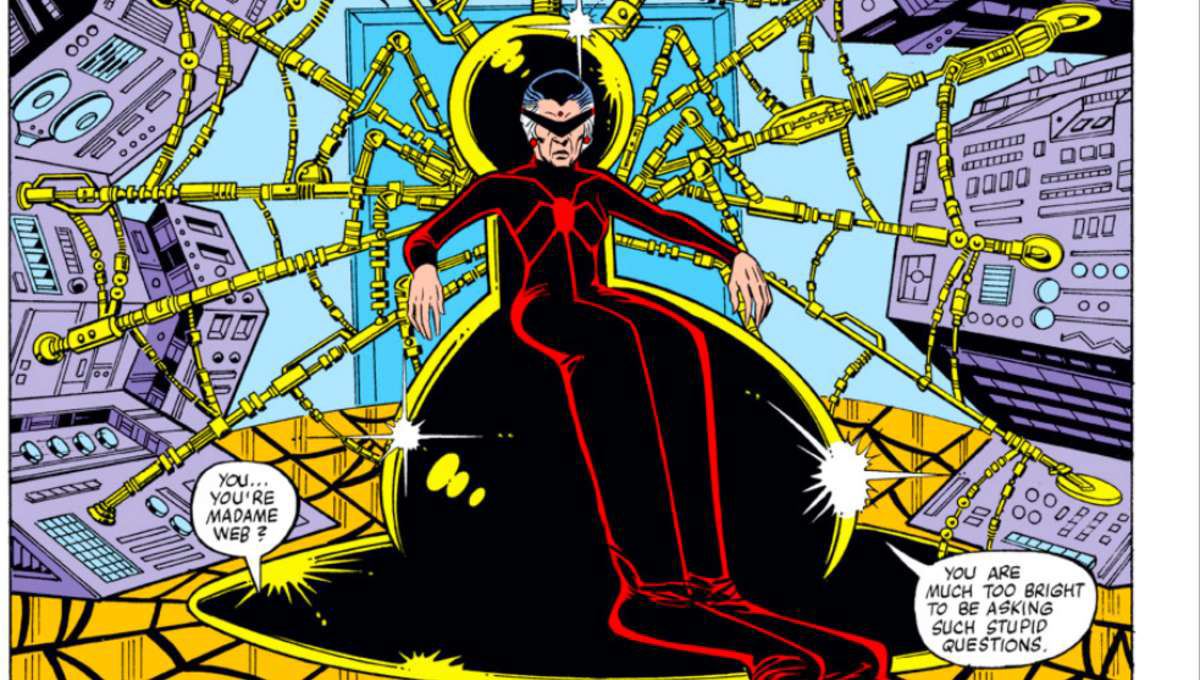 As a fan of Spider-Man: Turn off the Dark, I am delighted because, even though her name was Arachne in the musical, the connection to Madame Web was undeniable, and now we’re supposedly getting a “secret Marvel movie” from Sony in which all signs point to Madame Web making her live-action debut.

A woman of psychic abilities, Madame Web (or Cassandra Webb, depending on which Madame Web they’re going with) is the kind of character who often helps Peter Parker and tells him of people he needs to catch or what’s happening around him. She also comes to Peter Parker’s apartment to prove that she knows he’s Spider-Man.

With the idea of Sony working on a Madame Web movie, it’s clear that they’re trying to bring Tom Holland’s Peter Parker more into the Sony-specific side of Spider-Man movies. Without Peter Parker, a Madame Web movie would be centered around the clairvoyant, and while exciting, it does seem as if it would be a great way of bringing Parker into the project.

However, there is an additional bit of information that does delight me to no end: Director S.J. Clarkson has signed on to develop the first female-centric movie. So, even if it isn’t a Madame Web film, the movie is going to focus on a female hero from the Spider-Verse.

Sure, the movie could focus on Julia Carpenter, too, and range from her time as Spider-Woman into her time as Madame Web, but who knows what Sony has planned? I’m just excited that it means that the women of the Spider-Verse are getting their time. With Venom, Morbius, and Venom: Let There Be Carnage, we focused on male characters in Peter Parker’s world, but starting with this “secret” movie, we can maybe get more of the women who help to fill out the Spider-Verse.

The secret movie is … well, very secret. There is no writer yet, and we still don’t know for certain which hero it will focus on, but to be honest, I’m just excited about more Spider-Verse content.

Anything we missed? Let us know what you saw!