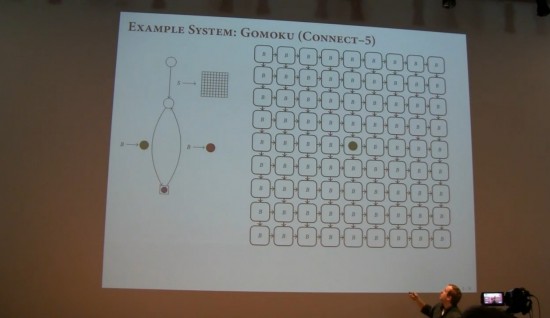 Dr. Łukasz Kaiser of Universite Paris Diderot is working on an algorithm that can learn how pretty much anything works by just processing videos of said thing. Object recognition technology and high-level machine learning may sound like old news by now, but interestingly, there had been relatively few papers combining the two (and by few, I mean five). This one strives to create something that can watch you and learn your ways. Lofty, so lofty.

And of course, all lofty endeavors have to start small. In this case, before Dr. Kaiser can input the entire YouTube into a supercomputer and have it learn how to be an impossibly cute cat, he has to have the algorithm learn how to play Connect4 and Gomoku.

His paper explains why he went with games to develop the algorithm:

This domain is chosen because the number of visual objects is manageably small while there is still a lot of complexity in the interactions. Moreover, games are a natural model of many real-world interaction scenarios, making the results signiﬁcant in a broader context.

I know, it sounds a little underwhelming considering we’ve had Deep Blue for more than a decade now. But, Deep Blue was built to play chess, and had all the rules programmed into it; it didn’t have to learn. On top of that, it cannot play anything else, not even checkers.

For a concise but detailed explanation of the algorithm, watch this video of Dr. Kaiser’s presentation at the Third Conference on Artificial General Intelligence: